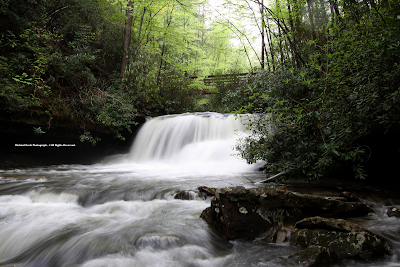 Climate Statistics for August
And Summer 2009


August continued the wet and cool trend of Summer 2009 with an especially CHILLY July being a notable aspect of this season in the southern Appalachians.


( M ) - Indicates missing moisture due to evaporation
between hand-measurements of the NWS rain gauge.

Average summer maximums remained in the 60s across the upper northern and eastern slopes and highest elevations of the High Knob Massif, with not a single day during the season breaking 80 degrees on the Eagle Knob of High Knob ( with good exposure to insolation at 4178 feet above mean sea level ).

This implied that mid-upper 70s were the best summer could generate amid the shady northern slopes at highest elevations of the massif.

An average nightly minimum of 56.4 degrees on Eagle Knob also meant that most nights in lofty basins of the High Knob high country had temps dipping into the 50 to 56 degree range
( via cold air drainage off the crestlines ).

The above being rather typical for summer MIN temperatures in mid-upper elevation basins with low-mid 50s, for example, also being observed for MEAN minimums during the June-August period of Summer 2008.

The above is why camp fires & blankets felt so good to backcountry hikers and those enjoying designated recreation areas at majestic High Knob Lake, Bark Camp Lake, and Flag Rock.


Ah, summer in the high country!


Rainfall extremes for the June-August period of summer varied from 12.47" in Grundy to as much as 24.00" in wettest portions of the High Knob Massif ( along the Wise-Scott-Lee border area ).


A hand-measured rainfall total of 20.94" at Big Cherry Dam of the High Knob Massif by my friend Gary Hampton, Superintendent of the South Fork Gorge ( Big Stone Gap ) Water Plant and his staff, was one of the greatest reported in the entire region despite missing moisture due to evaporation between measurements ( 0.31"+ of evaporation from the rain gauge just during June ).

Posted by Wayne Browning at 1:29 AM