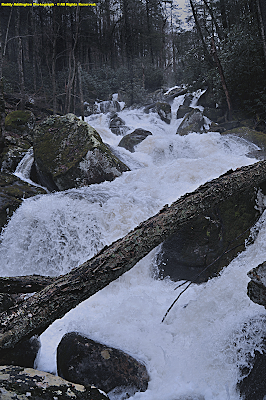 Captured by photographer Roddy Addington during January 25, only twelve days removed from 1-2+ FEET of snow depth ( an atypically LONG thaw during what promises to be a HARSH winter amid the southern Appalachians ). 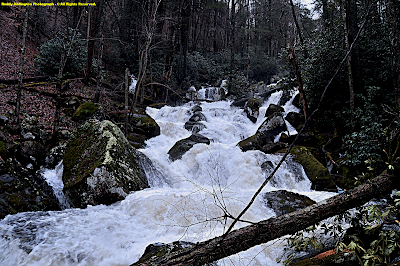 
Dropping 1433 vertical feet in 4 miles,
1069 feet during its final 2 miles, and containing two sections having max gradients up to 800+ feet per mile, great South Fork Gorge possesses one SUPER-TIGHT and SUPER-EXTREME steep creek!

[ Its only EYE CANDY for whitewater kayakers at the moment, as even before a MAJOR December 2009 snowstorm downed more trees it was FULL of wood!

But its there, and the POTENTIAL is real, VERY REAL, despite the hold back of large volumes of water by Big Cherry Dam ].


Between 80" and 90" of total precipitation fell across Big Cherry Basin during 2009 to keep water overflowing the Dam nearly all year.


Based upon City of Norton records, the wettest 12-month period since the early 1980s would have produced 90-100" across Big Cherry Basin, so 2009 was NOT a record wet year.


[ The above being gage caught precipitation, as the TRUE moisture budget of this highcountry basin is MUCH greater via FOG DRIP from trees, RIME deposition on trees, and the obvious loss of gage measurable precipitation due to wind driven precip ( reducing what is recorded digitally and by hand ) ].

Gushing thaws from deep winter snowpacks are not uncommon.


Reference the following section of this website for another example:

January 2011 Begins With A GUSH 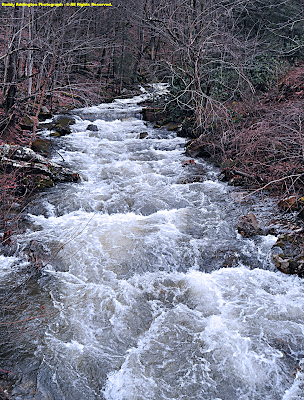 
This most recent rainfall event of Jan 24th, generated 7 to 8 vertical feet of total rise on both the Powell & Clinch rivers ( world-class biodiversity hotspots), downstream of whitewater creeks draining the High Knob Massif in Lee and Scott counties of southwestern Virginia. 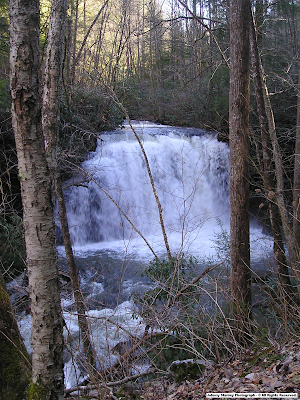 Little Stony Gorge contains one of the most complete whitewater runs in the eastern United States, with Class IV-V+ rapids draining a 16.4 square mile watershed with more than 2100 vertical feet of total relief ( Little Stony Basin ).


The Big Stony Basin multi-gorge wonder complex is situated in between South Fork Basin and Little Stony Basin, with 42 square miles of terrain so remote and rugged that few photographs ( of high quality ) even exist to illustrate its nearly 3000 vertical feet of total relief ( it is drained by extremely steep whitewater creeks amid Straight Fork Gorge, Chimney Rock Gorge, and Mountain Fork of Big Stony Gorge ).


Up to 3.00"+ of rain accumulated along the Cumberland Mountain arm of the High Knob Landform ( HKL ), across Cumberland Gap National Historical Park, during January 24 to help boost the Cumberland River into minor flooding. 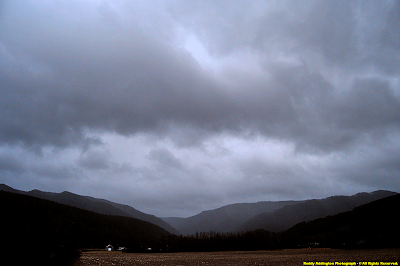 
South Fork Gorge rises upward and twists back behind mountain walls visible in the above scene, themselves being MUCH lower than highcountry crestlines which sprawl outward across the massif, to generate a watershed with nearly 2800 vertical feet of total relief ( South Fork of Powell Basin ).

The High Knob Massif can handle more total precipitation, without flooding ( rainfall and/or rain + snow melt ), than other locations across western Virginia since most creeks draining its highcountry sink, or partially sink, into the subterranean prior to reaching regional base levels marked by the Clinch and Powell rivers.


Another factor making the High Knob Massif unique to Virginia, and the southern Appalachians, is that many of its higher elevation basins have lakes and wetlands which themselves hold back much water from direct run-off into creeks.

[ There are numerous additional small ponds, wetlands, and seepages within the High Knob Massif on both private and USFS public lands ]. 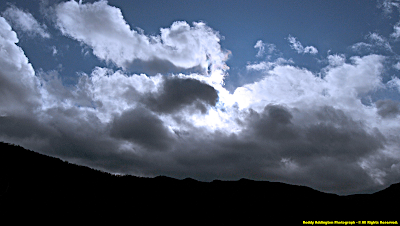 
This makes the High Knob Landform hydrologically complex, with flooding more often than not being associated with rapid water level rises during flashy events ( the obvious exceptions being downstream along the Clinch and Powell rivers, which take longer to reach peak levels, and during historic events like the great floods of February 1862, January 1957, and the benchmark disaster of April 1977 ). 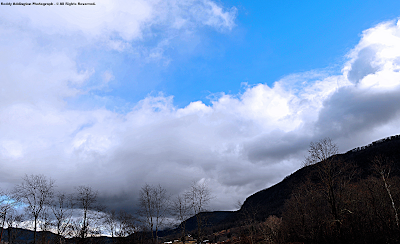 
A distant snow shower obscures part of the lofty highcountry, as a hole opens in the overcast above Powell Valley to reveal PUFFY clouds rising vertically into blue heavens!

[ Some of these clouds generated lightning & thunder, with localized THUNDERSNOW during late afternoon hours of January 25 in parts of Wise and Dickenson counties ]. 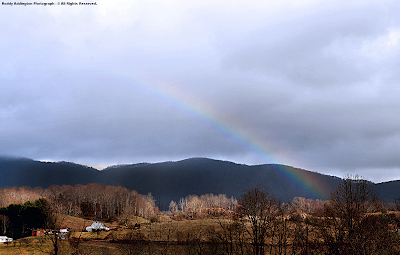 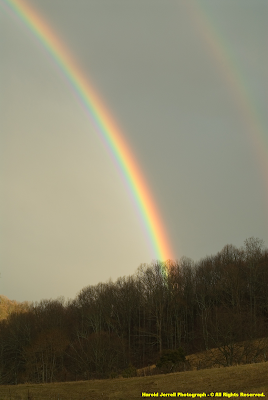 
My friend Wayne Riner captured one of the most unusual looking rainbows amid the highlands of southern Dickenson, adjacent to the High Knob Landform. 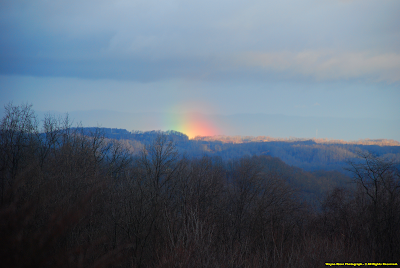 
Wayne described the scene in his own words:


"While in the yard, I noticed a burst of color on a distant ridge. This was the only part of the rainbow that was visible. There were rain showers and sun in the area at the time. I felt it was very odd to see such a bright patch of color and no other sign of the rainbow."


A most glorious ending to January THAW 2010!

May you have MANY more. 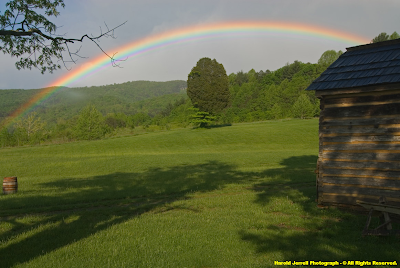 Posted by Wayne Browning at 6:30 AM