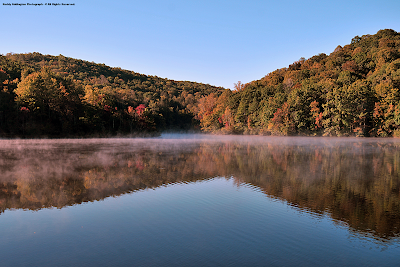 Morning light and autumn colors painted a grand scene at Bark Camp Lake on October 2nd, creating a wonderful day for those lucky enough to attend the 4th Annual High Knob Naturalist Rally that was sponsored by The Clinch Coalition. 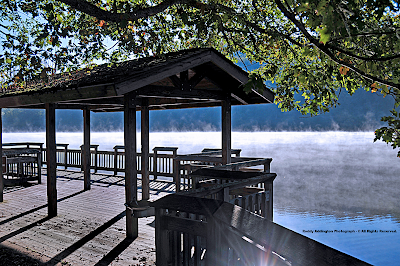 With morning temperatures in the lower-middle 30s in higher mountain basins, air above the relatively warm water of Bark Camp Lake was plenty cold enough to generate some vigorous displays of misty steam fog! 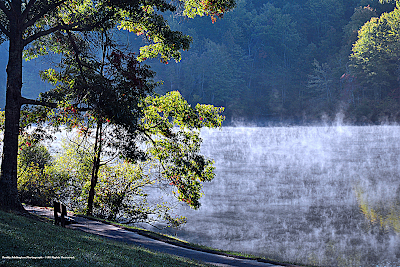 Captured by the gifted photography of my friend Roddy Addington, this was a spectacular display of light, color, and condensing vapor.﻿ 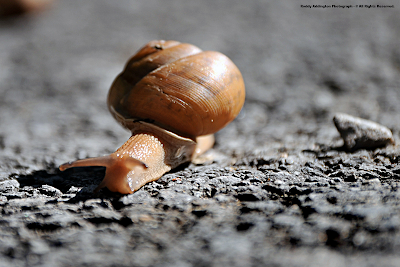 The beauty enjoyed by all creatures great and small on this day gave way to several days of cold, swirling fog, drizzle, light rain, and even a few snowflakes on the peaks during October 3-5.

Temperatures held in the 30s by day and night on Eagle Knob of the High Knob Massif during October 3-4, finally managing to just ease above 40 degrees during October 5.

I have always loved the cool, crisp nights that come with the arrival of autumn.  On seemingly tranquil evenings this time of year generates some very interesting weather variations!

For example, take the early evening of October 8 when clear skies and calm winds were setting up an ideal radiational cooling and cold air drainage night in the mountains.

At 7 PM, or right at sunset, temps varied from
50-55 degrees in the higher mountain valleys of the High Knob high country ( above 2500 feet ) to 70-76 degrees across lower elevations ( below 2000 feet ) of the Kentucky foothills and Great Valley of
eastern Tennessee.

The 7 PM temperature was in the upper 50s on Eagle Knob of the High Knob Massif, at 4178 feet above sea level, as well as in the Norton Valley of the City ( 2000+ feet lower in elevation ).

An inflection point of equality not to be observed again until after sunrise on the following day, with rises, since evening and overnight cooling with drainage would take temps in the Norton Valley well below those along the high crestlines exposed to light winds ( 20-30+ degree temp differences arising at times ).

Such contrast's supporting earlier autumn color peaks and later spring emergence within the High Knob Massif area that this website has well illustrated since autumn 2009.

Most interesting, since many elevated basins are contained in the High Knob Massif, radiational cooling and cold air drainage into high valleys gets a jump start by naturally cooler temperatures along the crestlines, with upper 50s on Eagle Knob at sunset easily cooling to around 50 degrees via downward flow of dense air and radiation amid lower dewpoints ( drier air ) at high elevations.

Visitors or campers at Bark Camp Lake, as one example, can easily feel the drainage and cooling of air as it flows downward through its basin near sunset on such evenings.

The above being highlighted since such significant early evening cooling ( and general noctural cooling ) would not be possible without terrain high enough to reach up into lower dewpoint air, and elevated valleys capable of rapidly collecting it.

Max cooling potential is often never reached in valleys lying below 1500 feet, even beneath highly elevated ridges, since there is some compressional warming with downard drainage of air that eventually begins to offset its higher density ( especially if the air sinks 2000-3000+ feet ).

Otherwise, lower ridges or hills are often not high enough in elevation to reach upward into streams of much drier air aloft and to feed its cooling potential downward into surrounding valleys.

Morning minimums of 30 to 35 degrees were common in mid-upper elevation valleys, from the City of Norton into the High Knob high country.