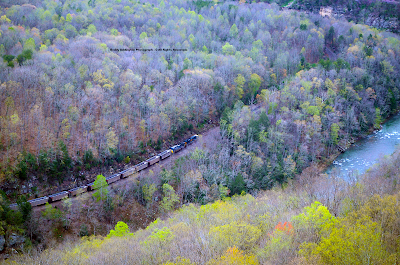 [ Whitewater rapids visible on the Russell Fork River above are 33 air miles NNE of the summit level of the High Knob Massif, and more than 3400 feet lower in elevation, as the river bends around Potter's Flats in majestic Breaks Interstate Park straddling the rugged Virginia-Kentucky border ].

Breaks Interstate Park is always one of the first places in far southwestern Virginia to "green up" each spring but even here, where elevations drop toward 800 feet upon entering Kentucky, spring emergence is running several weeks ahead of schedule following record March warmth. 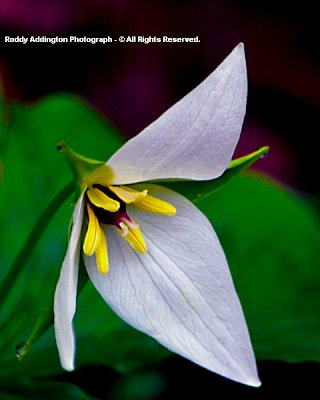 
With March temperatures being analogous to what would typically be observed during late April and early May, it is little wonder that vegetation began to wake up early from winter slumber ( * ).

*This refers to MEAN temperatures for the month of March with individual days having record warmth reaching summer levels.

[ In the Russell Fork Basin note that Clintwood and Nora 4 SSE had the exact same MEAN temperature for March despite having radically different regimes, with much cooler days on Long Ridge and much cooler nights in Clintwood.  In fact, downsloping SW winds in the mean allowed Clintwood to have some of the warmest maximums in southwest Virginia during March with 6 days at or above 80 degrees ( followed by rapid nocturnal temp drops ) ].

In the High Knob highcountry, the average March temps varied from mid-upper 50s by day at highest elevations to low-mid 30s at night in colder mountain valleys ( northern exposed, lofty valleys above 2500 to 3000 feet elevation tending to be coldest in the mean ). 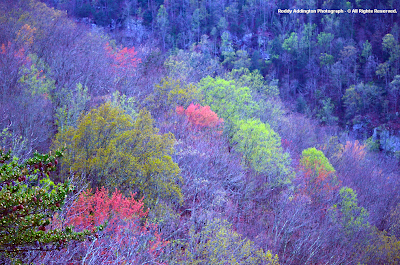 
Mean SSW-WSW winds during March generated significant lifting over the High Knob Massif to aid rainfall totals across and upstream of its sprawling highcountry, with orographic & convective modes operating together and at different times to keep the wet trend of the past 13-months going.

*The most precipitation observed within any city or town
in Virginia during this 13-Month period. 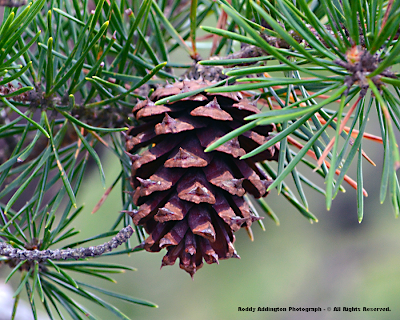 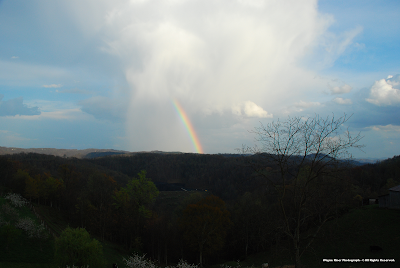 "Above the dark valley a rainbow appeared. It looks as if it is a thunderbolt jumping from a white cloud against a blue sky." 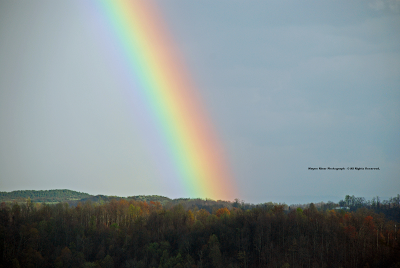 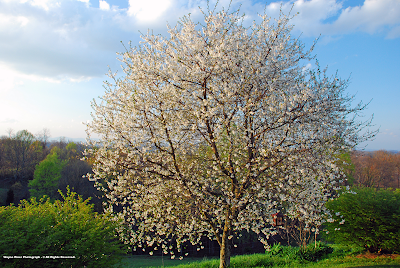 Wayne Riner's Photograph Thoughts...
"When we first built our house, my mother brought me a sprout from a cherry tree.  It has provided us well." 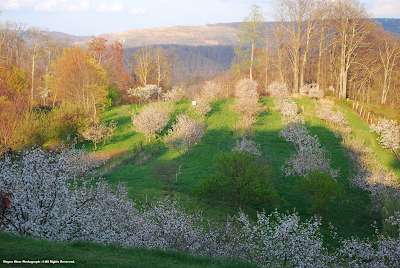 A highland orchard in early bloom at 2650 feet elevation.  With hopes and prayers may it produce a bounty, as all will be needed to help it survive more "mountain winters" ahead! 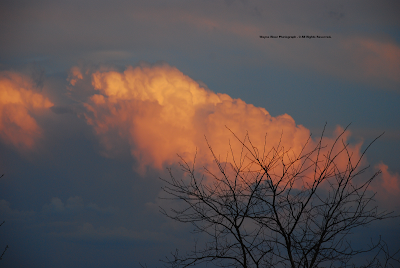 What a way to end the warmest
March on record!