The Anomalous Weather Pattern Of July 2013 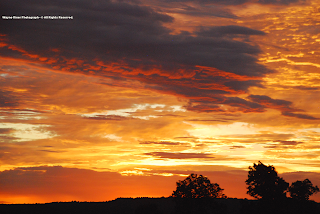 Wayne Riner Photograph Thoughts...
"The morning was dark with only the call of birds welcoming the busy day.  It was unusual because this sunrise was without rain.  The drier period will provide a chance to spend time in the garden."

July is typically wet in the Appalachians.  The first half of July 2013 has been dominated by a highly anomalous weather pattern conducive for simply exceptional wetness along the eastern slopes of the Blue Ridge, especially from central Virginia across southwestern North Carolina into Georgia. 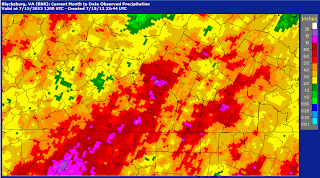 The 10.84" officially measured in Roanoke is the most ever observed during July in 102 years of observations, and the month is only half complete! 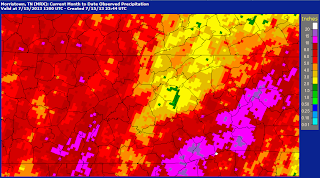 Another center of anomalous wetness has been amid headwaters of the New & Watauga river basins, with weather data from Banner Elk, Nc., illustrating how rare this period has been.

Landis Taylor, Director of Communications, at Grandfather Mountain reports that the mountain has already shattered its previous July rainfall record of 11.92" established in 1989 with 17.03" measured at the Top Shop during July 1-16.

Landis said, "stations lower on the mountain have actually recorded over 20.00" but I like to compare the Top Shop numbers to the record as that is where it was recorded and set."

Excessive July rains at Grandfather follow a June that produced slightly below average rainfall with 5.77" being 6% below their
57-year June average ( 40.63" for 2013 at the end of June ).


Far southwest, in Transylvania County, excessive rains are more common than in the northern mountains of North Carolina, with more than 38.00" measured since June 1 some 2 miles SW of Lake Toxaway ( where annual precipitation is often double that of Banner Elk ).

While westerly air flow dominates the Northern Hemisphere, much of the convective season since May 1 of this year has found prolonged periods of SSE-SE flow trajectories with abundant moisture transport from the Atlantic Ocean & Gulf of Mexico. 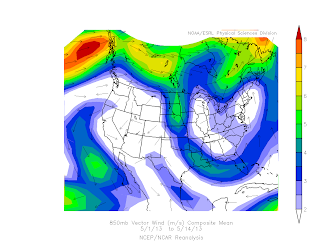 This type of flow pattern modifies the air along the western side of the Appalachians via prolonged downslope flow, such that even amid upsloping corridors the air is more stable and less moisture rich than where it initially streams into eastern slopes of the Appalachians from the Atlantic Ocean & Gulf of Mexico
( where it arrives unmodified by upstream mountains ). 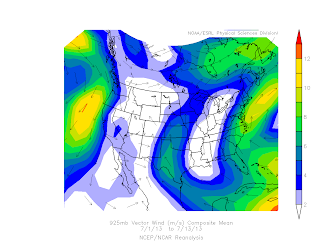 Another KEY factor has been the superimposition of positive feedback for wetness since April-May of this year with increasing evapotranspiration.

For an explanation and review of feedback processes, as well as various orographic-convective interactions, please reference the following links on this website:

Prior to the convective season it is not possible to know where positive ( for wetness ) and negative ( for dryness ) feedbacks will develop, only that they will become an important factor in the warm season rainfall regime across the Appalachians.

A strong orographic forcing season and abundant soil moisture going into a convective season is not a major predictor of warm season feedbacks due to the nonlinear nature of convection and its complex connection to evapotranspiration processes [ in addition to the synoptic weather pattern which can alter what might be expected ( like during 2013 ) by creating settings favorable for a positive feedback ( for example ) to be reinforced by the larger-scale weather pattern across the Appalachians ]. 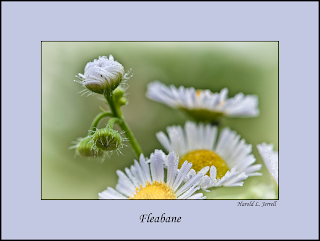 The first half of July produced average MAX temps around 70 degrees ( F ) at the summit level of the High Knob Massif with average MINS in the 50s
to lower 60s ( AM of July 13 being coolest ).

A general 4.00" to 5.00" of rain fell from the
Head of Powell Valley and City of Norton across
Big Cherry Lake basin of the massif during July
1-15 [ Doppler tending to under-estimate rainfall from Norton across central portions of the massif toward the Clinch River ( verses rain gauges )].

While rainfall during the first half of July was 152% of the average of the past 30 years in the City of Norton, it was excessive during only one day ( July 1 ) when street flooding became a significant issue
( the 30-year July average is 5.49" in Norton ). 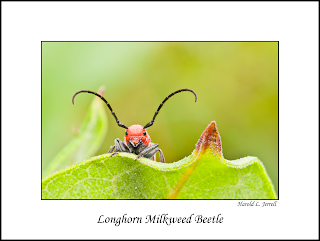 Its not been the heat but the humidity that has made conditions feel miserable for many living amid the highlands of the southern Appalachians in July 2013.

While highest official temperatures observed in the Norton-Wise and Sandy Ridge areas have only reached middle 80s during the "heatwave" of July 15-20, dewpoints as high as 77 degrees have been recorded at Lonesome Pine Airport in Wise.

At 85 degrees a 77 degree dewpoint = a 96 degree
feels-like temperature.

Much cooler and drier conditions dominated the final week of July 2013 amid a major pattern change ( one that would return to visit the Mountain Empire by mid August ). 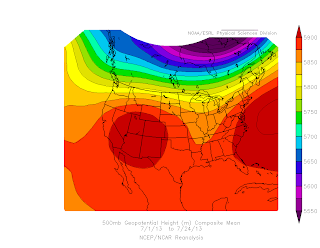 A weakness between two heat domes dominated the bulk of July 2013 with circulation off the Atlantic and Gulf of Mexico around a sprawling Bermuda High supporting widespread excessive rainfall along the eastern slopes of the Appalachians. 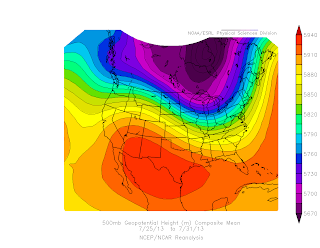 The change to a upper air pattern more common to autumn and winter set the stage for chilly nights to end the month, with MINS dropping into the 40s amid cooler mountain valleys during
July 29-30, with lower-middle 40s in high valleys on July 29.

Posted by Wayne Browning at 8:31 PM