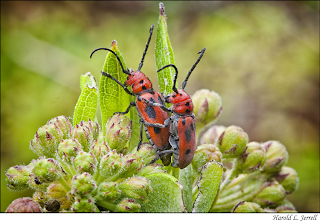 A wet & seasonally cool weather pattern dominated the first half of August 2013 as the glory of Mother Nature increased NOISE levels across the mountain landscape.


August is the month of SOUND.

This reminds me of a column I wrote some years ago:
When night falls upon the ancient Cumberlands the hum of cicadas and the twittering of songbirds cease, as a multitude of new sounds emerge to fill their voids!

If you have lately been outside near nightfall, or even listened closely from inside, you have likely heard a great chorus of sounds coming from seemingly every nook and cranny!

While some of these sounds are from Black Field and Green Tree Crickets, most of the loud thrills are from a group of American Long-horned Grasshoppers commonly called Katydids.

Katydids - BioKIDS From The University of Michigan

The variable and rather extreme weather patterns of spring-summer seem to have been favorable for the development of a large population of Eastern Katydids or, as my grandparents used to call them, Sawyers!

While there are many different species of Katydids, the ones that tend to stimulate eardrums most often are the robust Coneheaded Katydids whose sounds can travel a third of a mile, if not more, under ideal conditions.  They are, without question, the overwhelming "noise" makers of the night ( no disrespect to my beloved Barred & Screech Owls ).

Some Katydids live in trees, while others prefer grass and ground vegetation.  Although most are green and blend well with the summer foliage, some species have brown, pink, or even rarely orange colorations.

Most male Katydids make their long stretched out thrills, and pulsating sounds, by rubbing together ridges and rough places located near the base of their outer wings.

The first Sawyers actually began to fill the nights with sound during mid to late July, so according to mountain tradition the first frost can be expected in early September.

While that may be questionable, there is little doubt that August in the ancient Cumberlands is truly, from day to night, a month of sound! 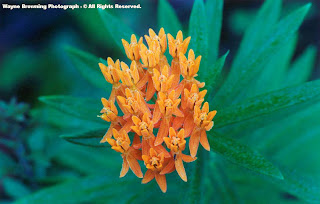 The first half of August produced a general 3.00"
to 5.00" of rainfall across the High Knob Massif and surrounding region, with heaviest amounts generally along and west of the Appalachians on westerly dominated air flow trajectories ( verses along and east of the mountain chain during
July on prolonged easterly component air flow ).

Gary Hampton reported one of the heavier rainfall totals during the first half of August with 5.47" being measured by him and staff of the
Big Stone Gap Water Plant.

With a general 20.00" to 25.00" of summer rain in South Fork of the Powell River Basin to August 15, there had been plenty of rainfall to keep Big Cherry Lake overflowing its spillway all summer. 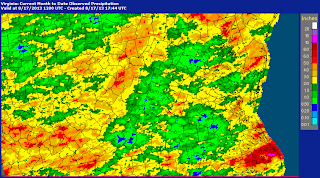 A bias toward westerly air flow trajectories being generalized in the rainfall pattern given the chaotic nature of convection which continued to dominate the precipitation mode. 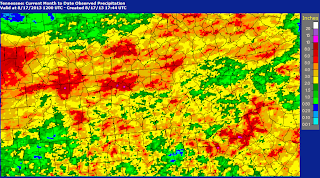 The general WNW air flow trajectory during
August 1-15 is visible on this 850 MB Composite. 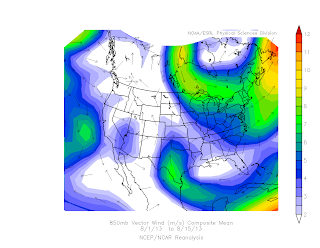 This represented a radical shift from the
mean flow that dominated the July 1-24 period. 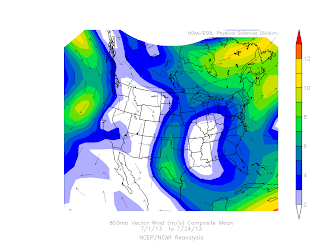 Looking at Summer 2013 up to now, the 850 MB vector wind anomaly verses that of observed climatology reveals one factor driving excessive wetness along and east of the Appalachians. 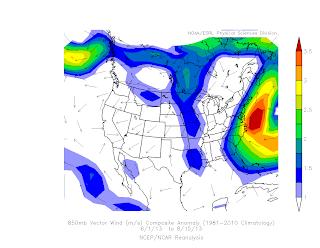 Mean air flow has been dominated by trajectories off the Atlantic Ocean into the region from the Blue Ridge to Tidewater instead of from the Gulf of Mexico.  In other words, mean westerly air flow components that generate some drying with descent leeward of the Appalachians have been much less common this summer. 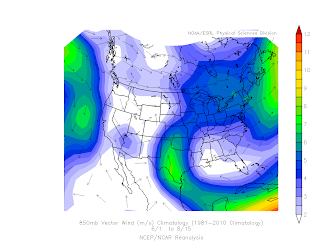 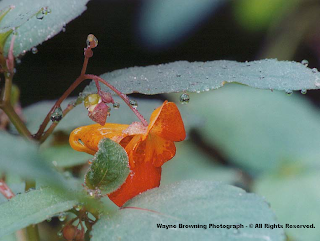 A certain sign that autumn is not far away, along with Katydids, is marked by the blooming of Orange Spotted & Yellow ( Impatiens pallida ) Jewelweeds.

Jewelweeds, also called Touch-Me-Nots for their seed pods that literally explode when touched by anything upon ripening, are
a favorite late summer and early autumn wildflower of
Ruby-throated Hummingbirds ( Archilochus colubris ).

Minimums dropped to around 40 degrees in coldest valleys from the High Knob Massif to Burkes Garden into morning hours of August 15, marking the coolest night of Summer 2013. 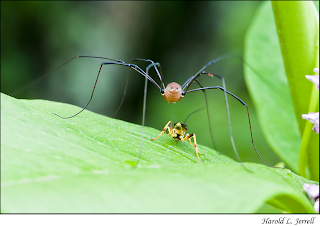 Although records were not set, an interesting aspect of the mid-August cool spell was the formation of cold air advection upslope clouds during overnight-morning hours of August 14. 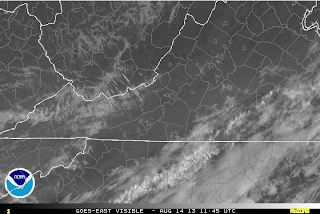 A thick bank of upslope clouds formed along windward sides
of the High Knob Massif - Black Mountain and Tennessee Valley Divide corridor northeast to around Flattop in West Virginia, as well as along windward ( with respect to NNW-N air flow ) slopes of higher portions of Clinch Mountain, Whitetop-Mount Rogers, and the TN-NC border.  Also note river valley fog across much of West Virginia and frontal zone cloudiness lee of the Appalachians in North Carolina and southeastern Virginia. 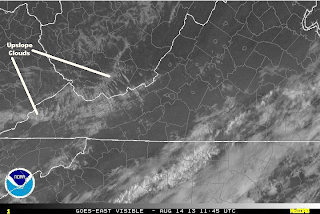 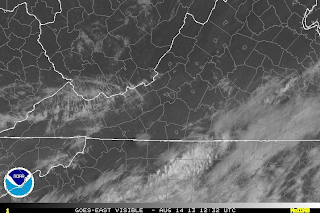 This section is under construction.  Check back for updates.
Posted by Wayne Browning at 11:44 PM