Spring Emergence - A SLOW Process In 2014 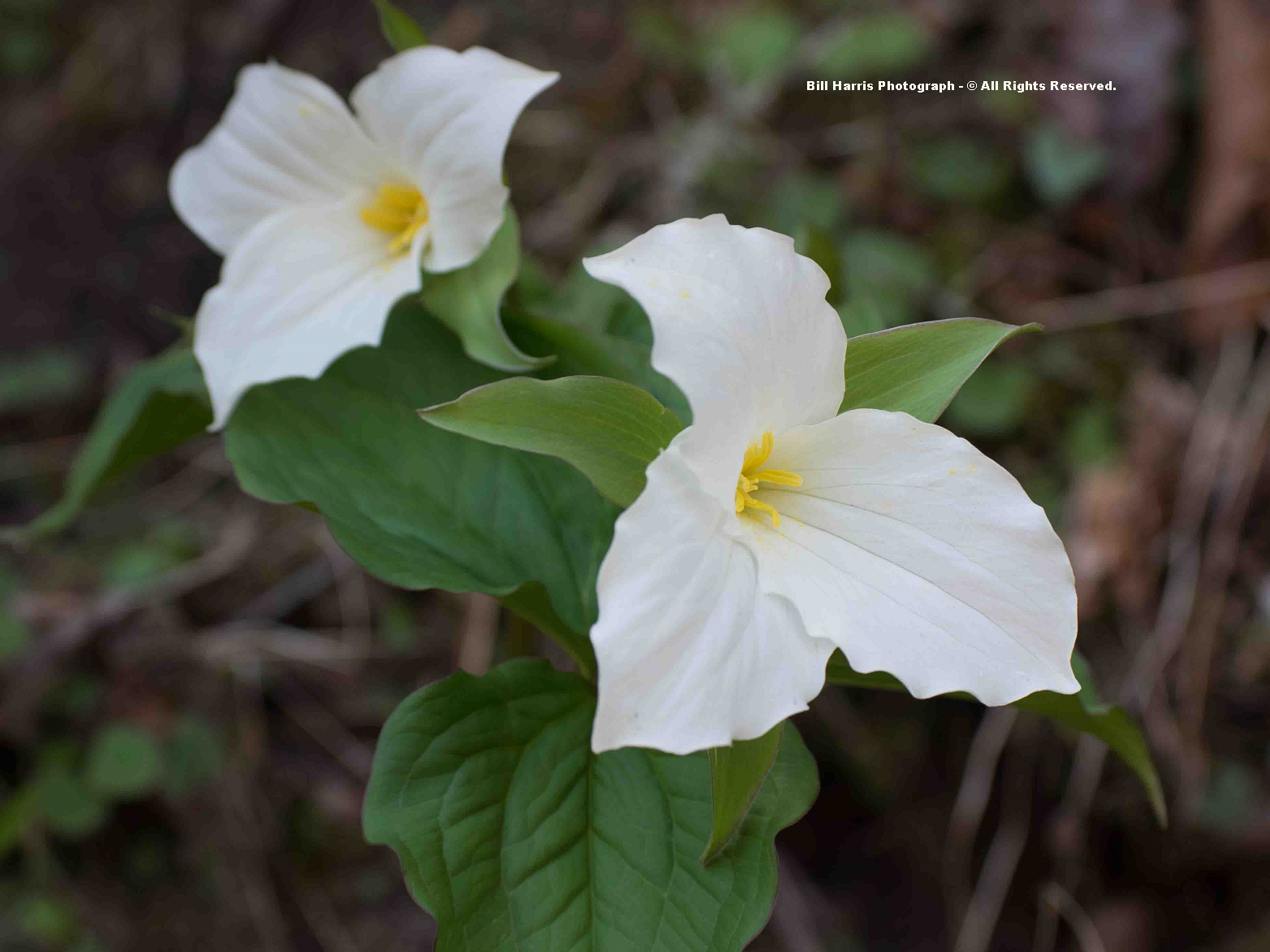 The emergence of Trilliums are a certain sign
that the spring season has arrived, and are often coincident with the return of species like the Wood Thrush ( Hylocichla mustelina ) and appearance of butterflies such as the West Virginia White. 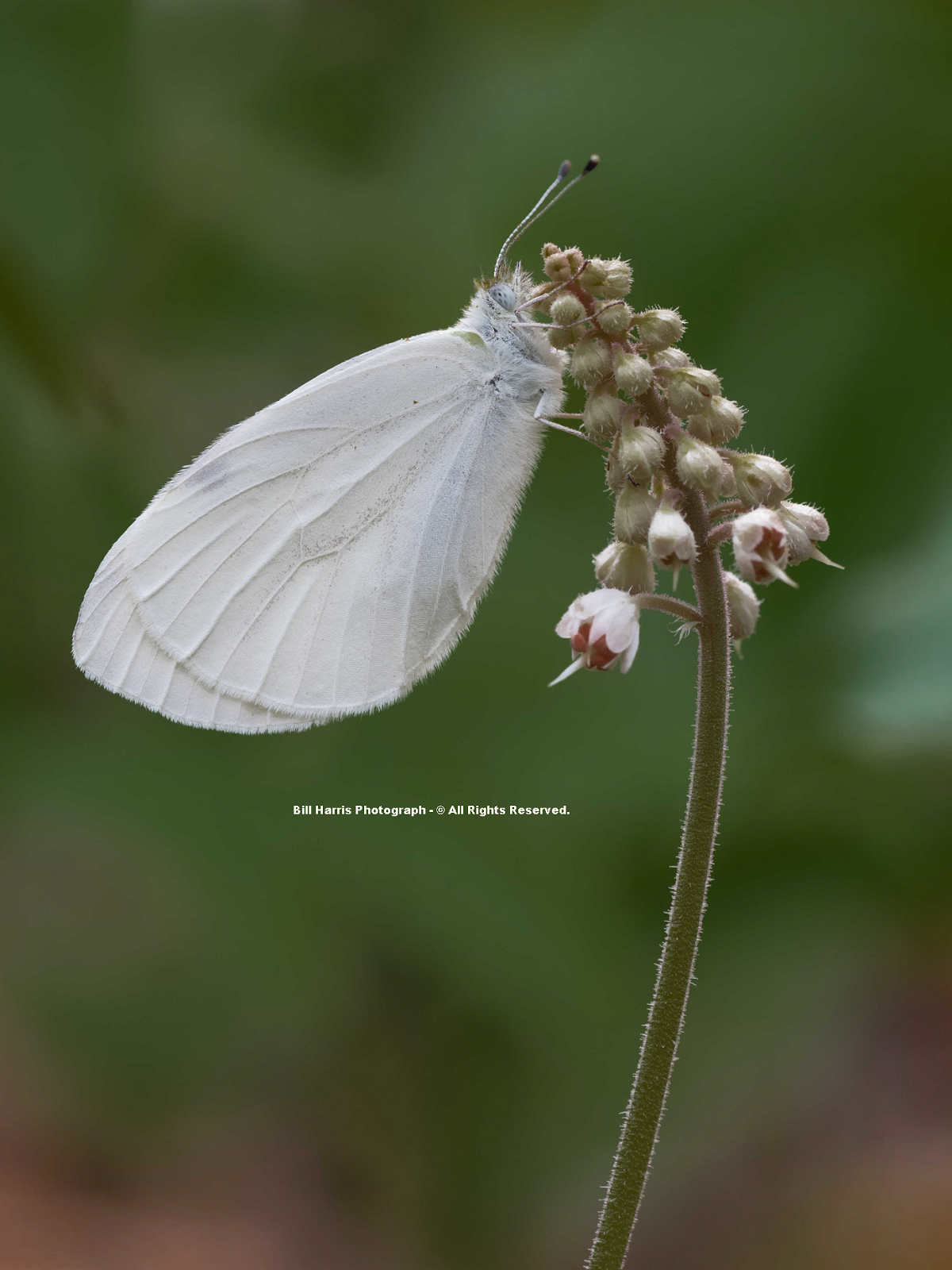 The West Virginia White is a woodland butterfly that is in trouble due to the invasive spread of an introduced plant species called Garlic Mustard ( Alliaria petiolata ). 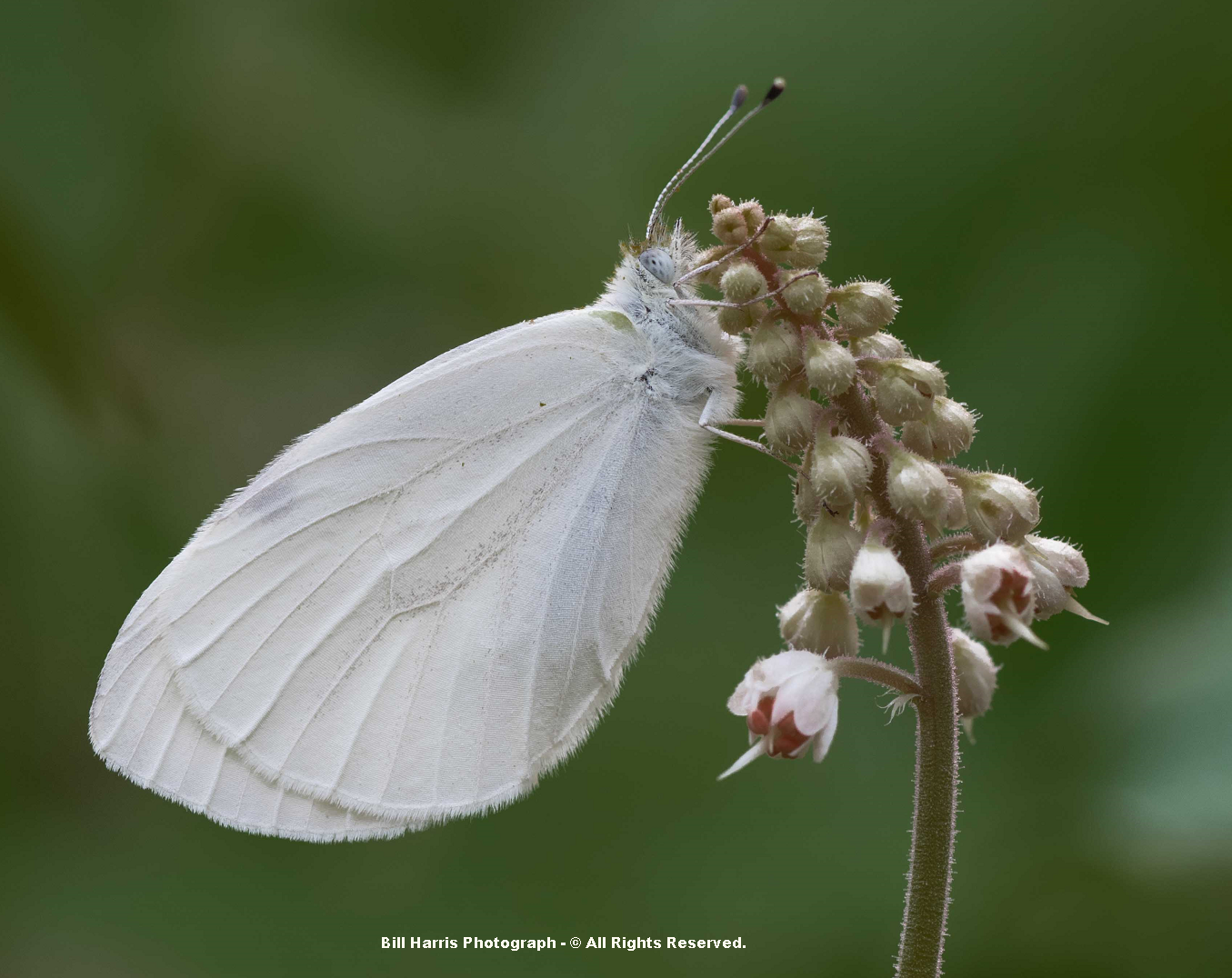 Large patches of Trilliums are now blooming in many lower to middle elevation sites across the Upper Tennessee & Upper Cumberland river basins of the High Knob Landform and adjoining basins like that of the Russell Fork River. 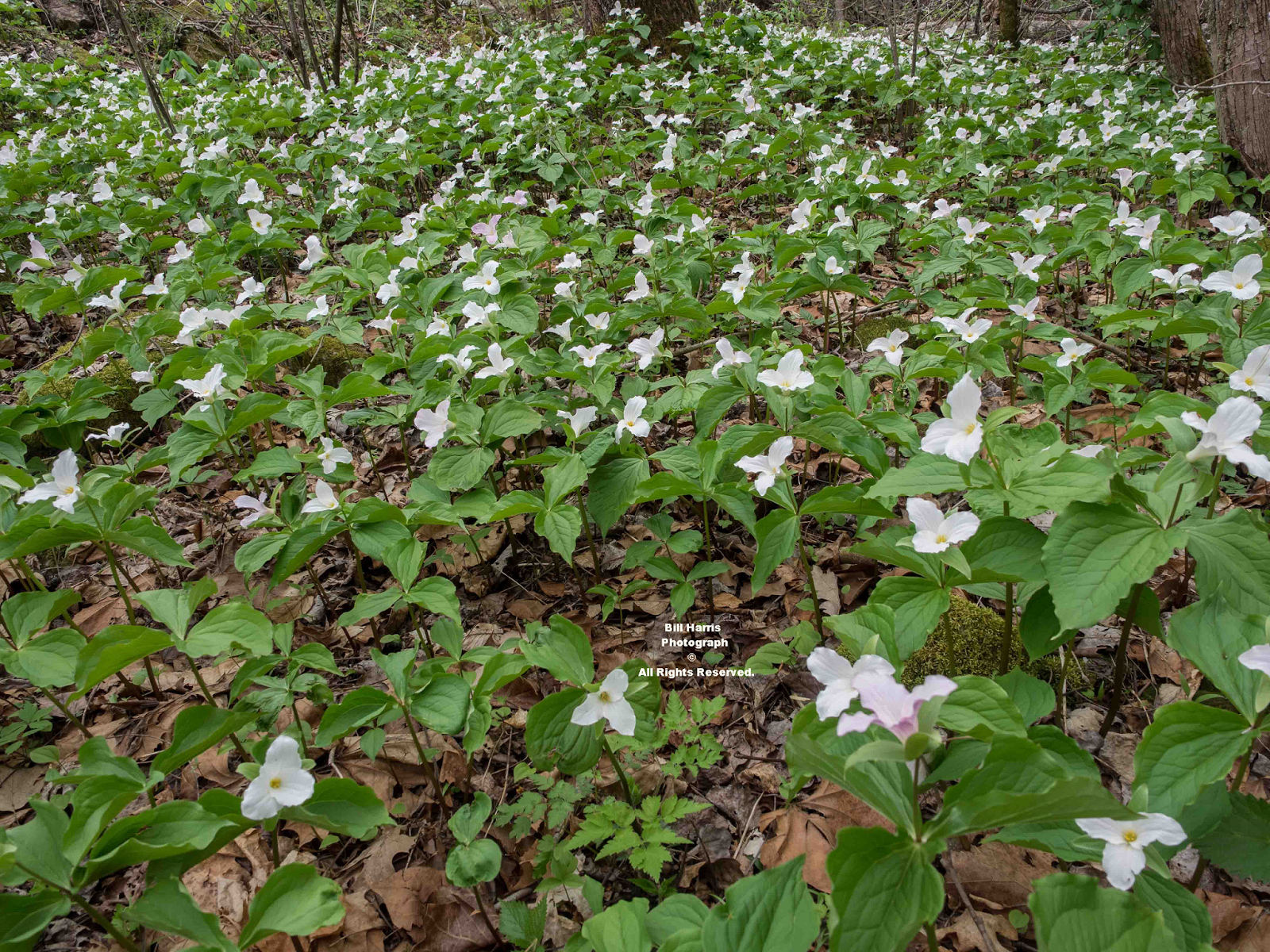 These are among a vast array of ephemeral wildflower beauties which emerge every spring while mountain forests remain mostly devoid
of leaves, allowing critical sunlight to reach the forest floor where chemical triggers react to increasing day length & warmer temperatures. That certainly has been the case this April with mostly bare trees on display across mid-upper elevations and cooler, lower elevation valleys during Easter Weekend.

Emergence of vegetation can vary by up to a month during any given spring, being a couple weeks or more early like in 2012 or a couple weeks late like during 2013 and 2014.

It often depends upon the weather character
of the first month of meteorological spring.

The Month of March!

Many more examples could be cited from climatology, but these are the most recently observed for differences driven by synoptic-scale weather patterns across the USA.

Local variations in spring emergence during any spring, regardless of the synoptic-scale pattern, are driven by both elevation and latitude differences along the High Knob Landform. 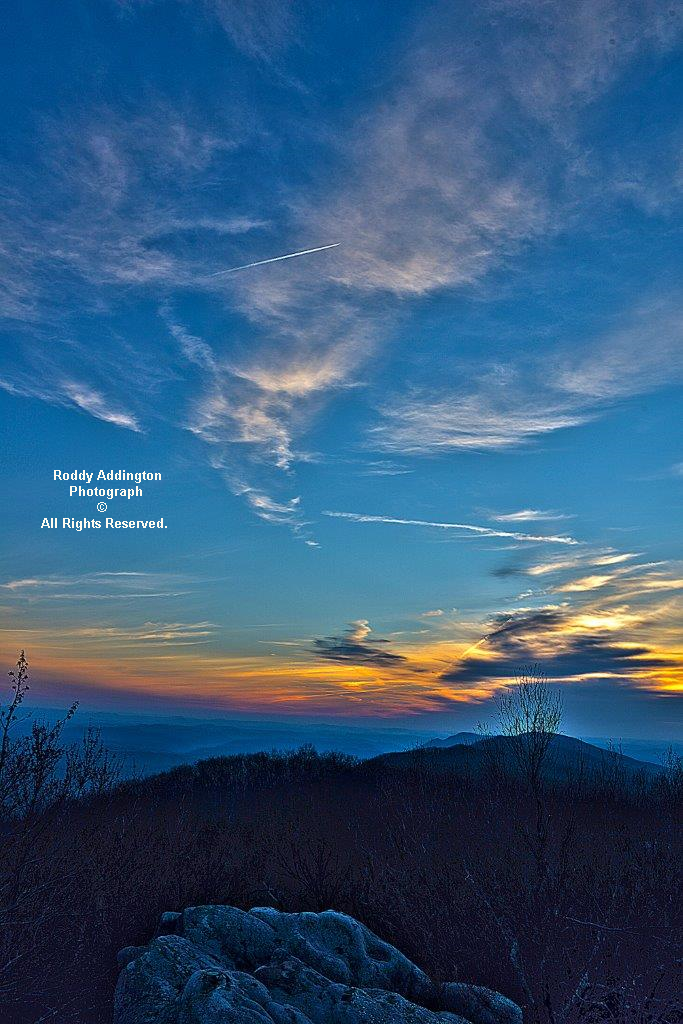 Regardless of vegetation emergence, my friend and photographer Roddy Addington captured another simply spectacular sunrise from Birch Knob on Easter Sunday. The morning of April 24 was a prime example with widespread mountain valley frost and sub-freezing temperatures.  A total of 5.5 hours was at or below freezing in the City of Norton where the MIN reached 29.7 degrees ( * ).

*Minimums in mid-upper 20s were widespread in mid-upper elevation mountain valleys from the City of Norton and High Knob Massif to Burkes Garden ( official MIN of 25 degrees at 3068 feet ).  One could literally drive for miles through frosty countryside on this morning if on valley roadways ( like Alt. 58 from Norton to Coeburn or around Pound & Clintwood ).

This was a typical but excellent example of the temperature contrasts that pioneers learned to recognize, even without keeping detailed weather records, such that thermal belt locations like Long Ridge and exposed sections of the Wise Plateau were chosen for the best growing conditions with respect to escaping late and early season freezes
in the mountains.

Minimums in the 30s were widespread amid mountain valleys on mornings of April 26-27, with frost in coldest locations ( from the High Knob Massif north into hollows of the Russell Fork Basin ).


The Arrival Of Spring
Mountain Measurements

My friend Addison Stallard, who happens to be the youngest ( at heart ) resident of the Head of Powell Valley in Wise County, Va., reported that the first visible green made the leap across this great band of calcareous cliffs above his home on April 24.

For many years the "official" arrival of spring in
the High Knob Massif has been declared upon this occasion, with variations in Green Jumps to top of this cliff line varying between March 23 in 2012
( warmest March on record ) to April 24 of this year ( the mean date since 2000 being around April 13-14 ).

Once "green" spreads over these great cliffs it typically remains a long time before the sprawling high country above fully greens up, as suggested most recently by the U.S. Forest Service aerial photo, such that it can be early June in some years before tree leaves reach summer maturity at highest or coldest elevations. 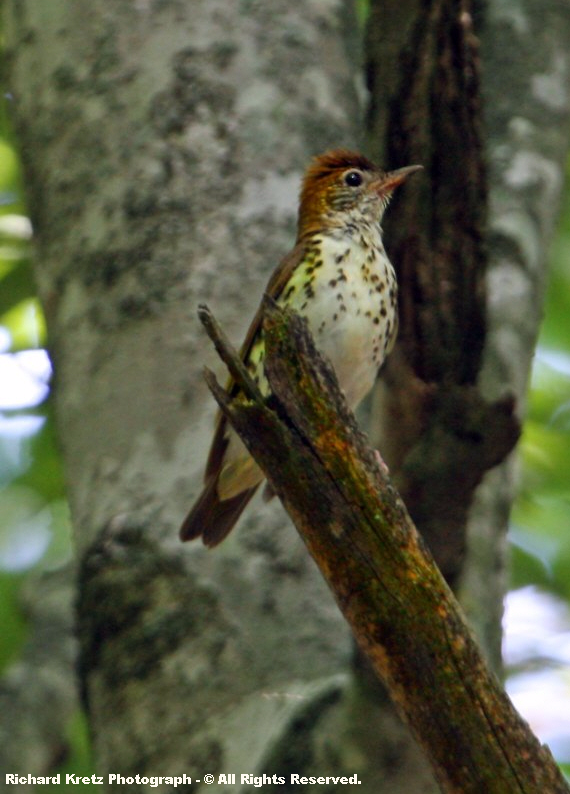 Another Spring season arrival measure in the mountains, at least for lower elevations, is the annual return of beautiful Wood Thrush songs
( typically how I first know they are back ).

*Returned to Powell Valley On April 19

In many ways this part of the Natural Calendar
is amazingly consistent, regardless of weather conditions, with differences between the warmest spring on record ( 2012 ) and these past two slow starting spring's ( 2013-2014 ) being merely 1 day! 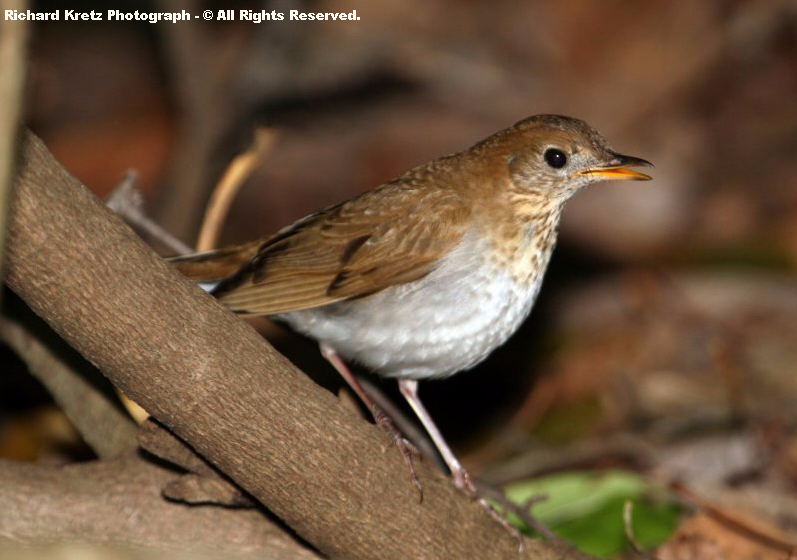 My favorite thrush for listening is the Veery, which is an abundant summer breeder in upper elevations of the High Knob Massif, with its wondrous songs that all should hear in the wild.

Posted by Wayne Browning at 5:54 PM