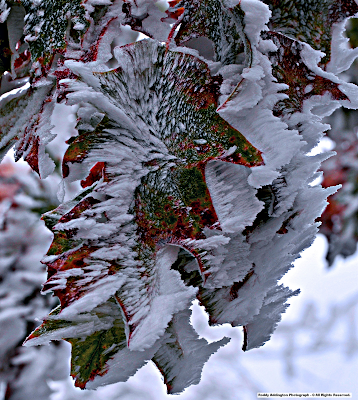 On a night that features temperatures dropping into the chilly 40s amid cooler mountain valleys it is rather interesting, or perhaps scary, to think that in only 60 days, sometimes even less, a scene like above could be on display amid the awesome and majestic High Knob Massif.

MIN temperatures reached 45 to 50 degrees into morning hours of August 17 from mid-upper elevation valleys in the High Knob Massif and City of Norton to Burkes Garden.

Even cooler conditions were later observed during the morning of August 23 when upper 30s to upper 40s were recorded.

August 16-September 25
"Inspired By Mountains:
The High Knob In Focus"
That is one of my favorite photos from Roddy Addington and brings attention to an event called "High Knob In Focus" that will be featured at the Charles Harris Art Gallery in the Wise County Public Library through the end of September 2011.

It showcases pictures by photographers:

A public reception will be held on August 21 from 2 to 5 PM, with a presentation on High Knob by naturalist & photographer Richard Kretz.  Check it out!

Mid-August cooling has been notable with temperatures during daylight hours of August 15 struggling to break 60 degrees on High Knob as mid 60s were felt in the City of Norton through early afternoon.

Compare that to the Climate Stats for August 1-15 below. 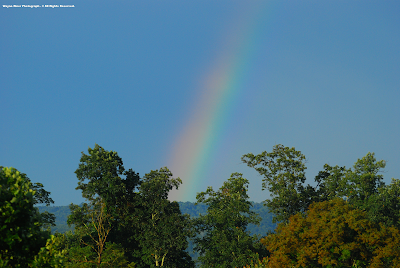 Wayne Riner Thoughts...
"We sat in the door of the garage breaking beans that were warm fom the garden.  It rained and cleared to reveal a rainbow against a blue sky.  The browning leaves of the black locust in the bottom right tells me that summer is near to the end."

Another awesome photograph by my friend Wayne Riner that records a moment in time amid this long summer of 2011 as only it can be in the highlands of these famed southern Appalachians!

In the High Knob high country temp means during the first half of August varied from low-mid 70s by day at highest elevations into 50s to lower 60s at night between the cooler basins and exposed ridges ( highest temps staying under 80 degrees on northern slopes of upper elevations ). 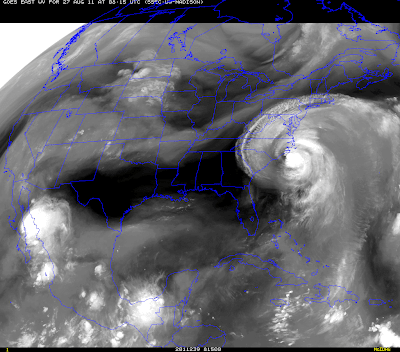 While most were fast asleep simply amazing clouds were streaming above the mountains of southwest Virginia and eastern West Virginia from the outflow of hurricane Irene poised to make her first landfall on the North Carolina Outer Banks.

Like sharp talons of a bird of prey these amazing clouds appeared to grip the outer-most ring of enhanced upper-level outflow from Irene. 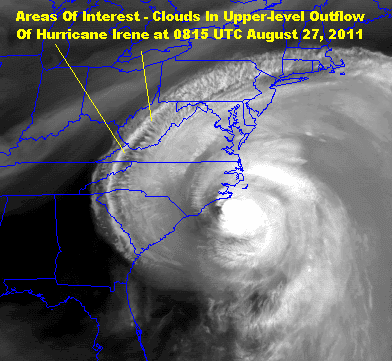 Irene began to look photogenic on August 25, with even the great High Knob Landform ( HKL ) and southern Appalachians visible on this amazing super high resolution NASA image in upper left. 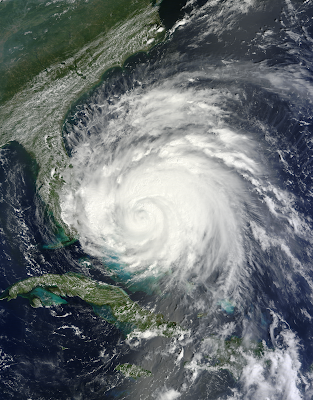 Image Courtesy of the Earth Observatory

The size of Irene can be seen in this next image taken on August 26 from a continental perspective. 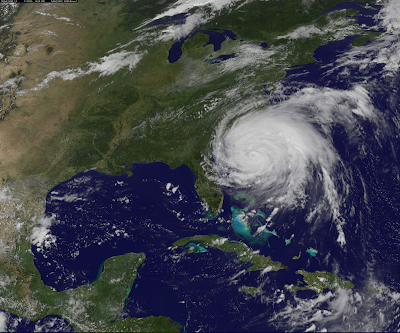 Image Courtesy of the Earth Observatory

As Irene moved slowly northward upslope clouds developed on northerly winds during the daylight hours of August 27, complete with gravity waves and other forms displayed on the following image series. 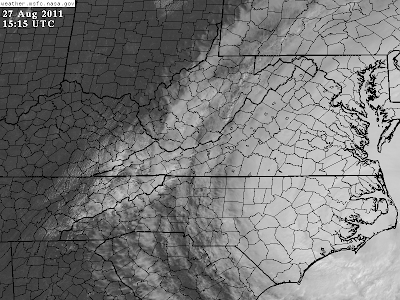 All images courtesy of the Earth Science Office

Note a vast extent of fair skies west of the Appalachians as thicker, lower clouds banked up against windward slopes of the remnant massif-northwestern arm of the High Knob Landform. 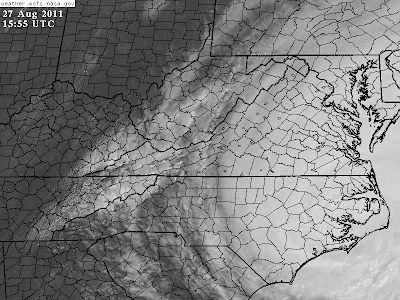 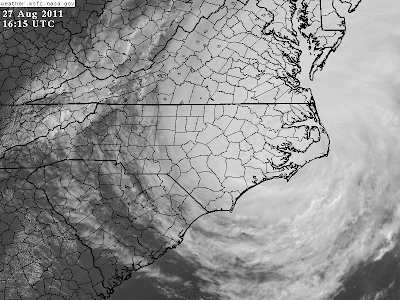 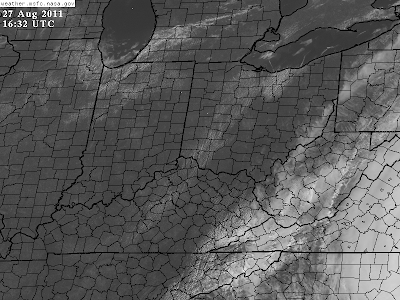 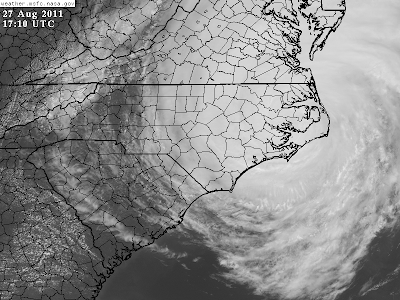 The northerly flow kept temps in the 60s during daylight hours of August 27-28 amid upper elevations in the High Knob Massif, with mid 70s in the City of Norton. 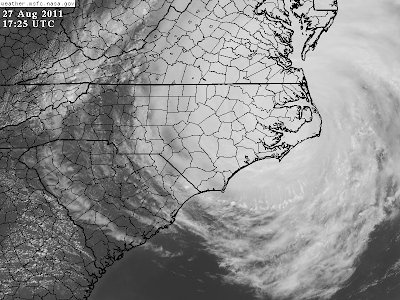 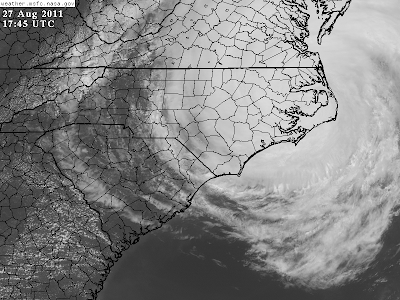 With clearing skies MIN temps again dropped into the 40s during morning hours of August 29-30 to continue a very nice stretch of AM coolness observed through the second half of the month, with 50-55 degree mean lows felt from the City of Norton upward across lofty basins in the High Knob high country.

Posted by Wayne Browning at 4:00 AM