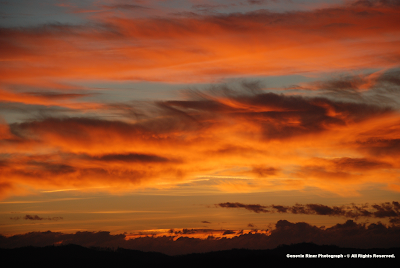 Wave clouds and fall streaks combined to paint a
glorious morning scene above the mountains!

Meteorological Winter 2012 has started mild, with the first two weeks featuring only a little snow at mid-upper elevations.  Less December snow than observed by this time last year! 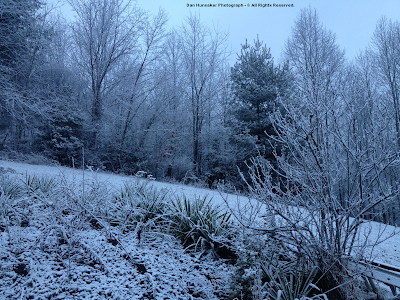 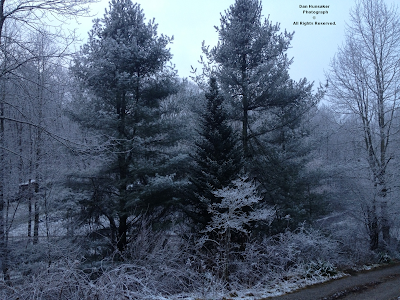 
The season to date snowfall total of 31.5" at the summit level of the High Knob Massif is mostly thanks to Superstorm Sandy, with record dryness in November being followed by a return of wetter conditions in December ( minus any big snow ).

Big Moisture Differences
Across Virginia In 2012 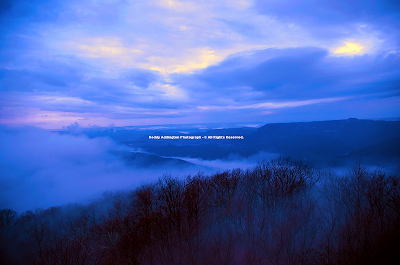 It has been another wet year along the High Knob Landform with a general 60.00" to 70.00" of total precipitation so far during 2012 within the
High Knob Massif - City of Norton area.

Meanwhile, in rather dramatic contrast, 64% of the
Old Dominion was classified as abnormally dry by the most recent USA Drought Monitor, with 36% of Virginia in a Moderate Drought! 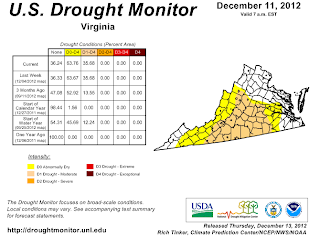 Spring Hollow Reservoir was 26.6 feet below its spillway on December 15, with Carvins Cove down 7.8 feet below full capacity. 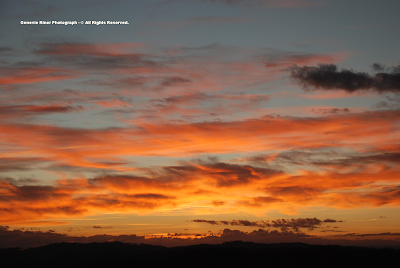 Towns around the High Knob Massif had all observed above average 2012 precipitation, with more than 58.00" reported ( as of December 13 )
at Appalachia Lake WP, Big Stone Gap WP, and Coeburn FP in Wise County, Virginia.


Geminids Show 2012
Upon A Starry Night 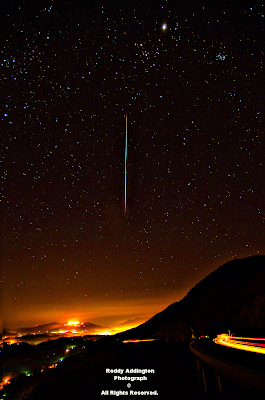 Conditions were ideal in 2012 for viewing the annual Geminids Meteor Shower.  My friend and photographer Roddy Addington captured the show from Powell Valley Overlook in Wise County as traffic along U.S. 23, and lights from Big Stone Gap and Powell Valley, added interesting contrast to starry vastness! 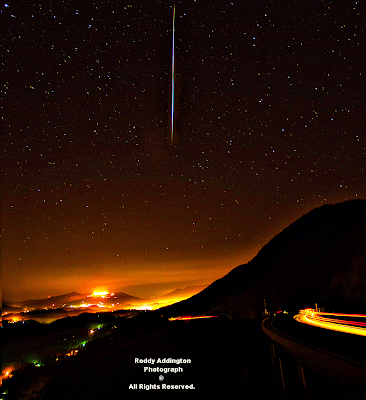 At a time of year when snow and bitter cold can be gripping the mountain landscape, conditions were seasonally mild ( 20s and 30s ) during this Geminids Show of 2012. 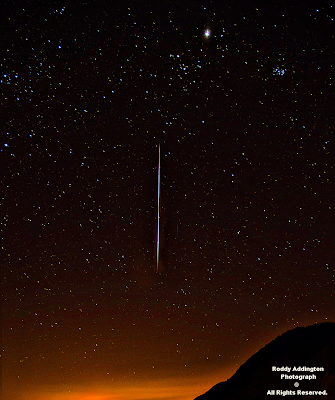 
The Geminids originate from an asteroid named 3200 Phaethon, with an orbital pathway that will bring it much closer to Earth in coming decades
( especially by 2093 ). 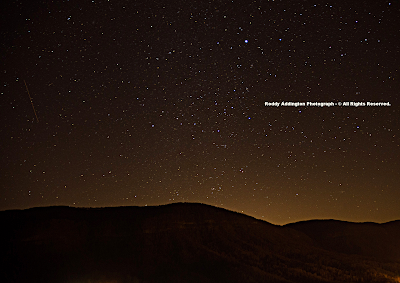 Geminids have different colors, with this next one being distinctly red ( no Photoshop ) as it streaked above the High Knob Massif. 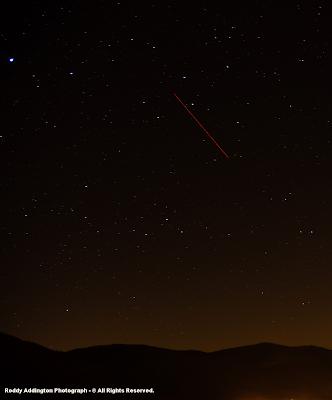 History Of Christmases Past
Waiting On Winter In 2012 What is the one thing missing from
the above scene?

It's December not October.
( Is Mother Nature mixed up or what? ).

While snow is nearly certain to fall in coming days, will timing & amounts be right for at least 1" to be on the ground come 7:00 AM Christmas morning
( fulfilling the NWS definition of a White Christmas )?

Majesty Of Winter In The High Knob Massif

A week before the big day the answer to that question is about as clear as it's been in the
High Knob Massif during the past few days!

( Check the Update below ) 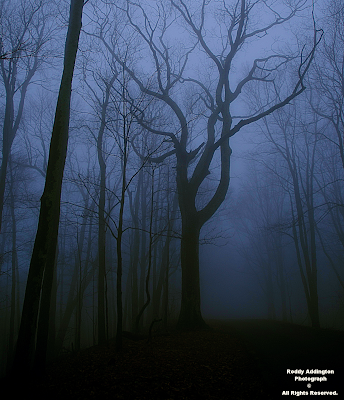 Yes, a road is actually there! 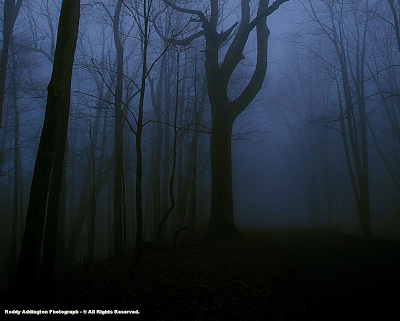 While this is being pondered, by both man and computer model, here is a link to conditions during the past 49 Christmases in the local mountains.

( Updated December 24, 2012 )
Blocking signals and models are offering up the potential for EXTREME weather events in the eastern USA on Christmas and the weekend that follows ( high impacts to MILLIONS of people ).

Timing was OFF in 2012 for a White Christmas locally, with chilly rain on Christmas Eve day.
No more new snow is expected until later on December 26 into December 27.

Posted by Wayne Browning at 3:55 AM