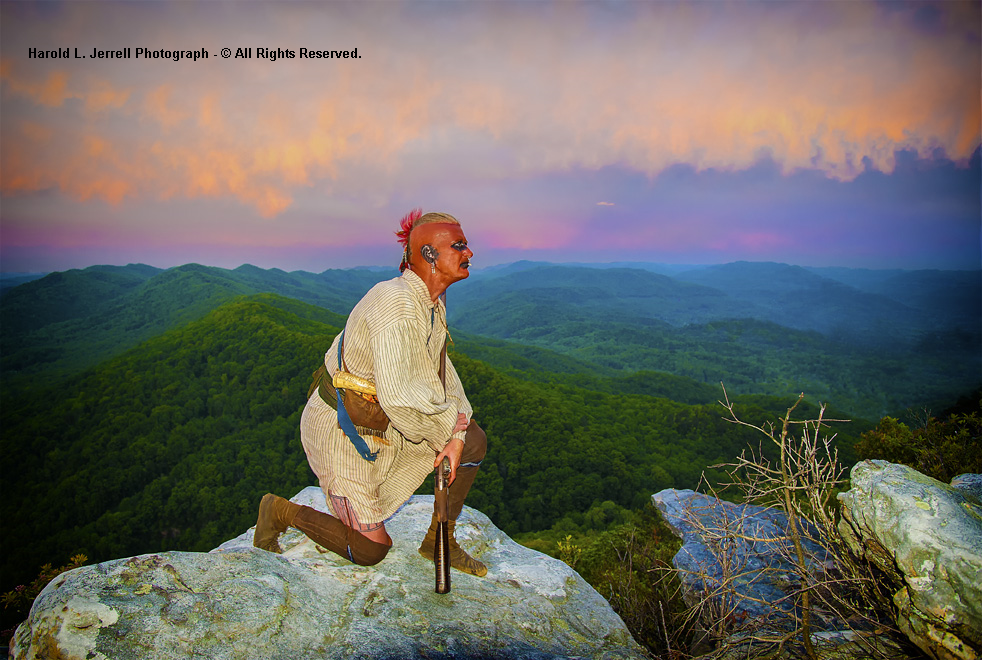 Modern technology is changing ways we view this magnificent landscape of the High Knob Landform and southern Appalachians, from digital cameras and high dynamic range software to cinema quality video and websites like this.  Views are changing! 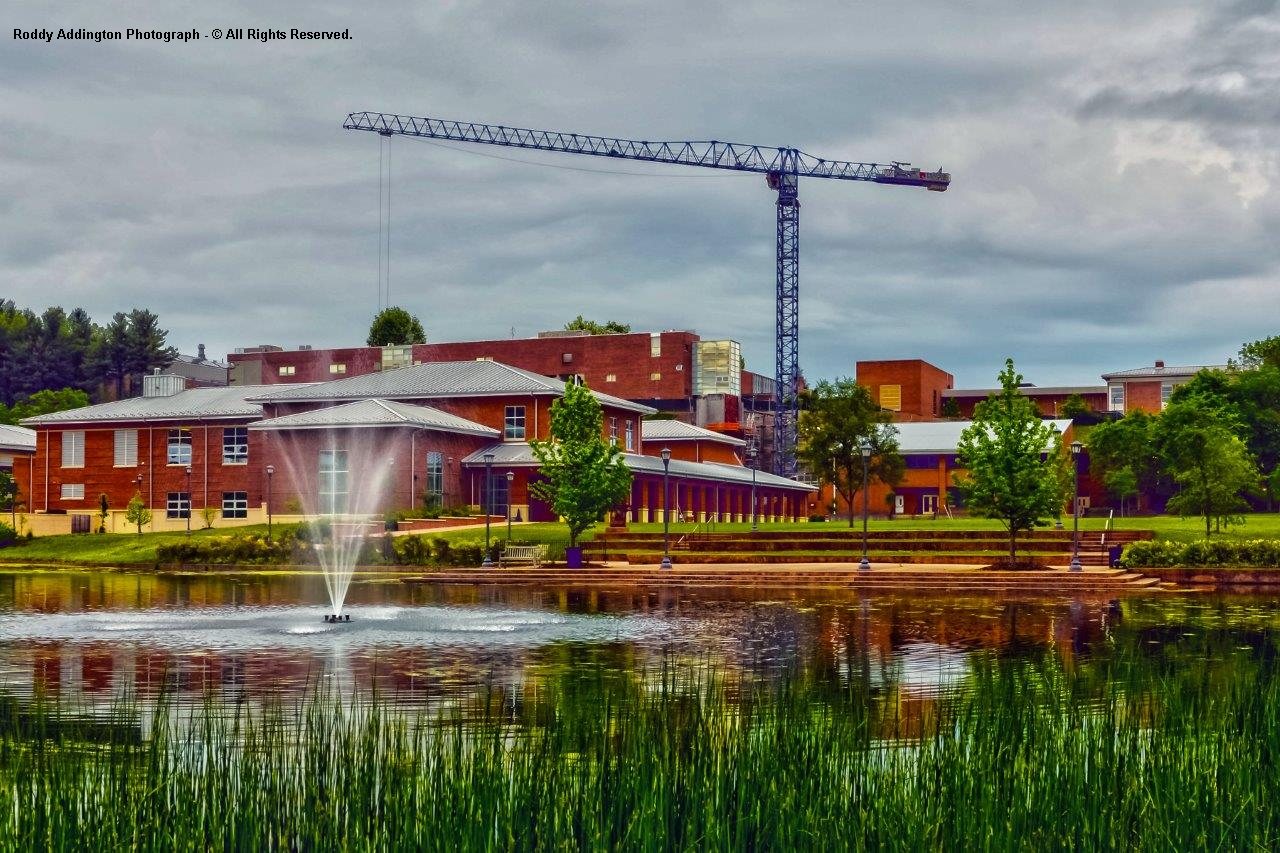 This section highlights a few recent videos which are a tribute to the individuals who created them and the landscapes they captured!

Airplane pilot Harless Greear recorded an awesome flight video during the morning hours
of May 16 when the high country was mostly clear, above a morning inversion layer that still had fog patches trapped in Powell Valley, the Clinch River Valley, and just northwest of the massif.

A VERY Important Note
While names used in the flight description below are those given  local mountains, they clearly are all part of this same great mass
of mountain ( the High Knob Massif ).  In this modern age, given satellites, Google Earth, ArcGIS mapping, flight CAMS, etc..., it is purely shameful for modern works to follow the long road of ignorance that kept all these places separated by names without recognizing the awesome mountain and its landform amid which
they are all important but unified parts.

[ Meanwhile, the Beartowns were connected to Clinch Mountain and Mount Rogers-Whitetop, among others, were denoted as the
"Balsam Mountains massif," which to no surprise is smaller
( although higher ) than the High Knob Massif ].

Gladys Stallard & Gaynelle Malesky wrote nature columns in the Coalfield Progress newspaper for more than 30 years and were the first writers, whom I remember, to distinctly recognize the unique size, topography, and nature of what they knew as the great High Knob Mountain mass ( noting that local residents should consider themselves blessed to have such a mountain sprawling across the common border of Wise-Scott counties ).

I have dedicated my life to bringing this out in a visual way, for all to see as never before, on the High Knob Landform and will do so for as long as I live on Earth ( in this and other ways to come ).

*As I have already written, to NOT recognize this fact is analogous to naming your foot, hand, head, etc...but never connecting them to your body.  SHAME on those who do not teach this and follow the old ways of being ignorant to WHAT IS.


*Some might say that the High Knob Massif and High Knob Landform have "not been officially recognized by the U.S. Geological Survey."  Many things in life are not "officially" recognized but exist and happen every day.

The Mega Disaster Snowstorm of
December 2009 was not "officially" recognized
( forecast to occur ), but that did not make what
happened any less REAL.

A brief description of what
can be seen during the flight:

The flight begins near Powell Valley Overlook, and U.S. Route 23 in Wise County, Va., and the Limestone Rock Quarry of Vulcan Materials Company
( visible at lower right at start of video ).

Harless climbs the ridge rising above the Head of Powell Valley, along the boundary between the City of Norton & Wise County.  This is the same long ridge line visible from the High Knob Massif Webcam that plunges downward from the main crest zone.

[ Hoot Owl Hollow is nestled amid the base of this ridge, with Carding Machine Branch the USGS name for the hollow running up the left side of this ridge.  Rocky Hollow, as described below, runs upward from Powell Valley at upper right of this rising ridgeline ].

The southeastern side of Powell Valley and ruggedly majestic slopes of Powell Mountain are visible to the right of Harless's ascent up this ridge, with fog patches beneath a lingering morning inversion layer extending outward from cliff laden mountain slopes ( the awesome belt of calcareous cliffs being mostly hidden by trees but identified by vertical plunges of the mountain ).

[ Observe both this belt of cliffs and steepness of this mountain flank ( SE limb of the Powell Valley Anticline ) are revealed by shadows that plunge nearly vertically downward from the Greenbrier Limestone Belt of jagged rocks ].

Rocky Hollow is clearly visible 35-40 seconds into the flight, adjacent to great Grindstone Ridge with its 2000 vertical feet of plunge in only 0.8 air mile ( the front as viewed from Powell Valley having a distinct dome shape while the crest, as seen from this perspective has a rather even, upward sloping appearance as it joins the main peak of High Knob ).

Just beyond 1:00 minute into the flight video the sprawling nature of the mountain mass becomes increasingly apparent as the head of Rocky Hollow is approached with the main peak of High Knob visible at top left.  A forest clearing at 3800 feet above sea level is reached by 1:33 just above Rocky Hollow Gap, beyond which the airplane crosses the portion of Big Cherry Lake Basin that includes the High Knob peak.

The front edge of the mountain flank visible during
this upward flight, from the head of Rocky Hollow and Grindstone Ridge southwest, marks the northwest rim
of Big Cherry Lake Basin while the high crestline seen stretching from High Knob and Little Mountain Knob southwest marks the southeast rim of Big Cherry Basin
( the upper basin plunging from Grindstone Ridge, High Knob, and Little Mountain Knob to lofty valley floors resting around 3200 feet above sea level ).

[ Observe how tree leaves remain immature and far from summer
maturity amid these upper elevations, with some trees still bare ].

Harless is over State Route 619 by 2:03 and it becomes possible to see through the gap between High Knob ( to the left ) and Little Mountain Knob ( in front ) into
lofty High Knob Lake Basin.

[ Little Mountain Knob is the site of a new trail head for
the Chief Benge Hiking-Horseback Riding Trail System,
with 33 miles officially designated during Summer 2012 ].

The other side of the mountain top becomes visible by 2:10 as an upward bow shaped crestline at far left, with the loop on Little Mountain Knob subsequently crossed to reveal the massive size of this sprawling mountain
( only a small part being visible here ).

[ Large base-to-base and crestal widths are what separate
the High Knob Massif from most other mountains in the
Appalachians, making it topographically unique ].

A portion of Big Cherry Basin, with its lofty wetland valleys, is also visible across right side of view at 2:28 as the head of long, rugged Straight Fork Basin is in front of Harless as he begins a steep, leftward turn.

[ Big Cherry Lake Basin gives birth to South Fork of Powell River, part of the famed headwaters of the Upper Tennessee River Basin, and has the highest annual precipitation average ever observed in Virginia. This is truly a unique section of the Old Dominion ].

During this steep, left turn the other side of the top becomes clearly visible at 2:36 as the upward bowed or boomer-rang shaped crestline locally called Osborne Ridge, rising south-southeast of Bark Camp Lake.

Lofty High Knob Lake Basin is in center of view at 2:42 as the steep, leftward bank continues to bring the airplane back around to where the summit of Eagle Knob ( with visible towers ) comes into view by flight minute 2:48 .

[ The Eagle Knob Communications Area has a summit elevation of 4189 feet and is the second highest summit in the Cumberland Mountain range behind the High Knob peak at 4223 feet ].

Harless had the airplane aligned once again with
the peaks of Little Mountain Knob, High Knob, and Grindstone Ridge by 2:58 and heads back across
Little Mountain to High Knob Meadow by 3:32, site
of the new High Knob Lookout Tower construction.

[ During this portion of the flight the head of Big Cherry Lake Basin was nicely framed by Grindstone Ridge, Little Mountain Knob, and High Knob ( i.e., the area now visible to left of view ) ].

Upon crossing the High Knob peak expansive northern slopes become visible by 3:36, with Benges Basin amid center of view hiding the dual Reservoirs
of the City of Norton.

[ A separation in the trees reveals the course of State Route 619 as it crosses Chestnut Flats ( at 3800 feet ) to begin a long, downward descent into the City of Norton at 2141 feet ]


The opening amid the trees seen at the end of Harless's flight video runs through Chestnut Flats, which just happens to have been the start of an interesting and certainly unique way to view State Route 619 on ski's made a few months earlier by Wise County resident David Fawbush.

The wintry period responsible for all
this snow was highlighted in this section:

Some 14.5 air miles east-southeast of where Harless Greear began his flight up the northern side of the High Knob Massif is the Clinch River, northeast of Dungannon in Scott County, Va., where he began another flight video that took him up Guest River Gorge that cuts through the extreme eastern end of the massif.

The High Knob Massif sprawls outward & upward for more than
12 air miles west of the mouth of Guest River Gorge to High Knob Meadow, then turns southwest for 15 air miles
to the Duffield Valley.

This flight video begins over the Clinch River, just south of the Guest River confluence, with the High Knob Massif spreading outward left of this rugged, boulder filled chasm.

Guest River Gorge has been a focus of several
nice video productions in recent years.

Another nice whitewater video was filmed
in Guest River Gorge during Spring 2012.

A Smell N Roses production highlighted the change in flow volume following part one of a multi-day heavy rain event during early December 2013.

An infamous whitewater video filmed amid the incredible Fast & Furious Snowstorm of January 2013 remains a most notable documentation of local climate history, not to mention kayaking
skills and pure Little Stony majesty!

*The Big or Lower Falls being Class V+
and has often been portaged.

A major theme of visiting all these natural places, whether in the High Knob Landform or anywhere else, is LEAVE NO TRACE of your visit and have respect for all things and all people.

Giving back more than is taken, when possible, amid this epicenter of biodiversity is ideally the
best way to benefit present & future generations.

Posted by Wayne Browning at 2:26 AM