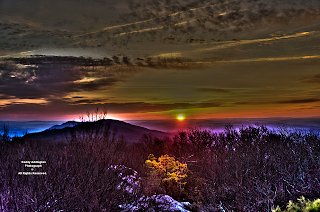 A High Dynamic Range ( HDR ) photograph taken by Roddy in early April illustrates the majesty of a chilly spring morning from the highest viewing point in Dickenson County. 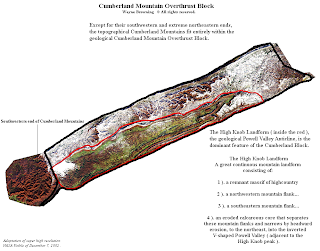 A high resolution photograph of the same sunrise was taken by Wayne Riner along the southeastern flank of the Cumberland Block. 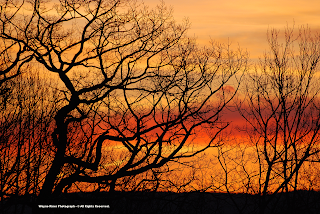 Wayne Riner Photograph Thoughts...
"These old oaks will soon be covered with leaves due to the upcoming warmer weather and rain."


Big gnarly oaks bent against the wind demand respect for age, endurance, and pure majesty as large, prominent features of the floral landscape
of planet Earth.

Plants, like these great oaks, know without "thought" that all creatures great and small must have roots that run deeply into something bigger than themselves or otherwise be tossed to and fro in chaos
by the winds of life.

Surely the most intelligent creature
on Earth can understand?

What Plants Talk About - On PBS & Nature

Plants release chemicals known as volatiles that play important and amazing roles in the way they talk and interact with each other.

Justin Runyon, a friend and former Virginia resident and graduate of the University of Virginia's College in Wise, is a Research Entomologist for the U.S. Forest Service.

Although not getting the credit and on-air time in What Plants Talk About, Justin did all the research on Dodder ( Cuscuta pentagona ) that marked a turning point in understanding plant communications ( thank you Justin for this great work! ). 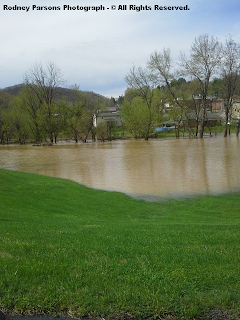 Abundant rainfall during the April 1-26 period, with widespread 4.00" to 7.00"+ totals reported from the City of Norton and Town of Appalachia southwest along the High Knob Landform, has supported a wondrous transformation into Spring! 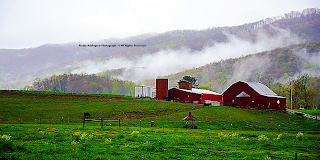 I have and will forever be fascinated by the way colors of emerging early-mid spring vegetation mimics autumn in reverse amid these
ancient Appalachians!

Colors begin at the bottom and work upward in elevation over time during spring, as leaf growth increases toward summer maturity and
a maximum in productivity ( * ).

*Color changes begin at the top and work downward in elevation over time during autumn, as leaf productivity decreases into senescence and winter dormancy.

My friend Addison Stallard wrote
beautifully about this many years ago: 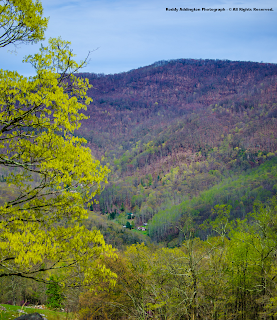 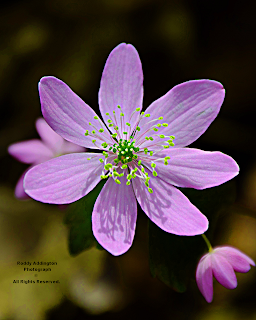 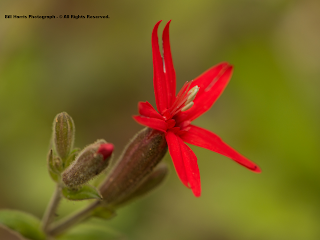 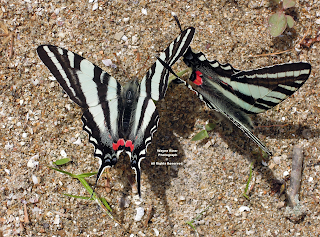 Wayne Riner Photograph Thoughts...
"This butterfly's distinctive wing shape and long tails make it easy to identify, and its black and white-striped pattern is reminiscent of a zebra.
The butterflies are closely associated with pawpaws, and are rarely found far from these trees."

April featured near average temperatures, above average rainfall, and below average snowfall.

In the High Knob Massif temps during April varied from middle 50s by day at highest elevations to mid 30s to around 40 degrees at night ( low-mid 30s in coldest valleys of the 2400-3500 foot zone ).

Rainfall was abundant with a general 6.00" to 7.00"+ across upper elevations in the massif
( local totals to around 8.00" fell upon portions
of the High Knob Landform in Lee County ). 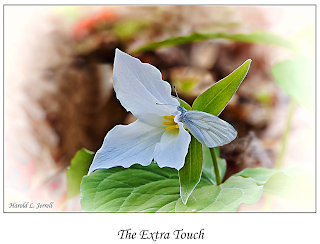 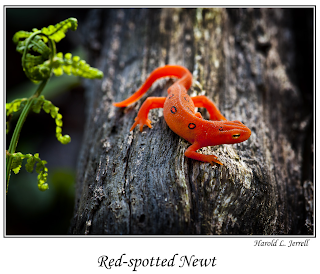 Posted by Wayne Browning at 2:05 PM