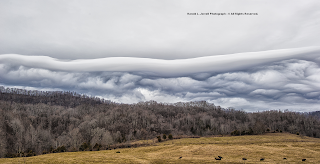 Photographer Harold Jerrell was in the right place, at the right time, to capture absolutely incredible wave clouds during early afternoon hours of January 13, 2014.


SW winds began roaring across upper elevations between sunset and Midnight of January 12, with subsequent downward mixing into the lower terrain around and after sunrise January 13.

ROARing gusts into the Clintwood-Pound area
were coincident with an extensive power outage
caused by winds blowing a tree UP HILL.

An example of mountain waves breaking
on SW air flow ( as documented before ).

Mountain waves were present all day long amid the High Knob Landform - Black Mountain corridor on this SW air flow, with visual enhancement of these waves as an apparent disturbance in the wind field propagated northeast along the Appalachians ahead of another batch of chilly rain. 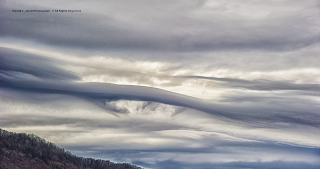 ( I also saw waves above Clintwood but they looked nothing like these where low-level terrain interaction was an apparent shaping factor in the High Knob Landform, with formation & reformation noted on visible imagery over the High Knob Massif area ).

The atmosphere is a vast fluid such that all aspects of daily weather, as well as longer-term climate, take on wave forms.  Daily changes in temperature, humidity, and wind speed being simple examples of parameters whose changes in space and time trace out waves ( * ).

*When these changes are graphically
plotted the results produce waves.

The nonlinear nature of waves amid the fluid atmosphere and their relationship with the surrounding environment, and each other, is a major reason weather prediction is so difficult.  Especially long-term prediction of future climates!

If climate models predicting the future are to be trusted with respect to weather conditions 30, 50, or 100 years from now then they should be able to run backwards in time, taking current states of the climatic system as their initial conditions, and reproduce the climate already observed during 1984, 1964, and 1914.  If this can not be reasonably accomplished, should great confidence be placed upon the prediction of climate conditions in
the year 2044, 2064, and 2114?

Questions & thoughts to be considered on a night ( January 14 ) when high resolution forecast models struggle to predict weather conditions to be experienced within the next 12-24 hours!

In this case these waves were much more
dramatic looking from below verses above! 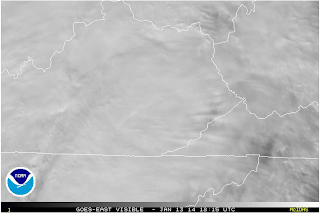 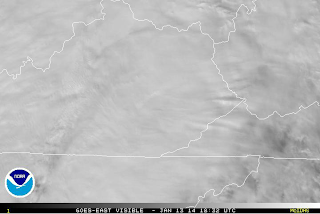 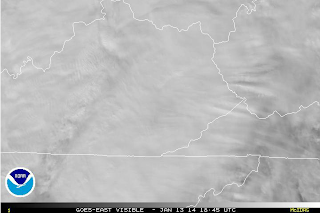 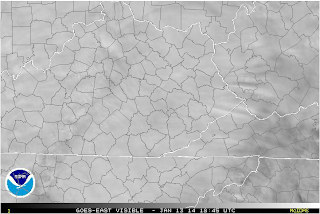 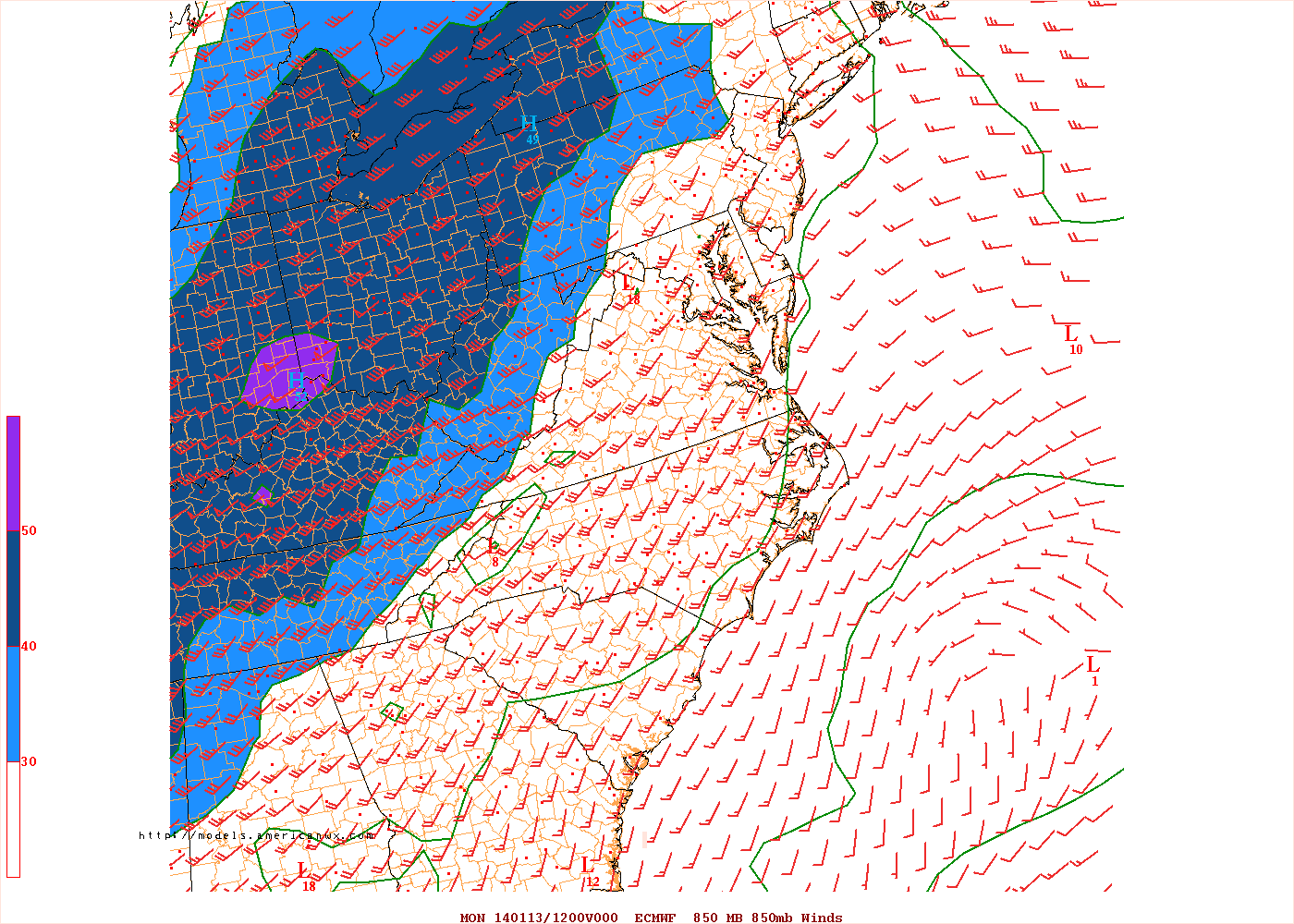 A low-level jet of strong winds moving northeast along the western flank of the Appalachians aided development of mountain wave clouds during the day, with enhancement in early afternoon as the roaring SW to SSW jet core passed. 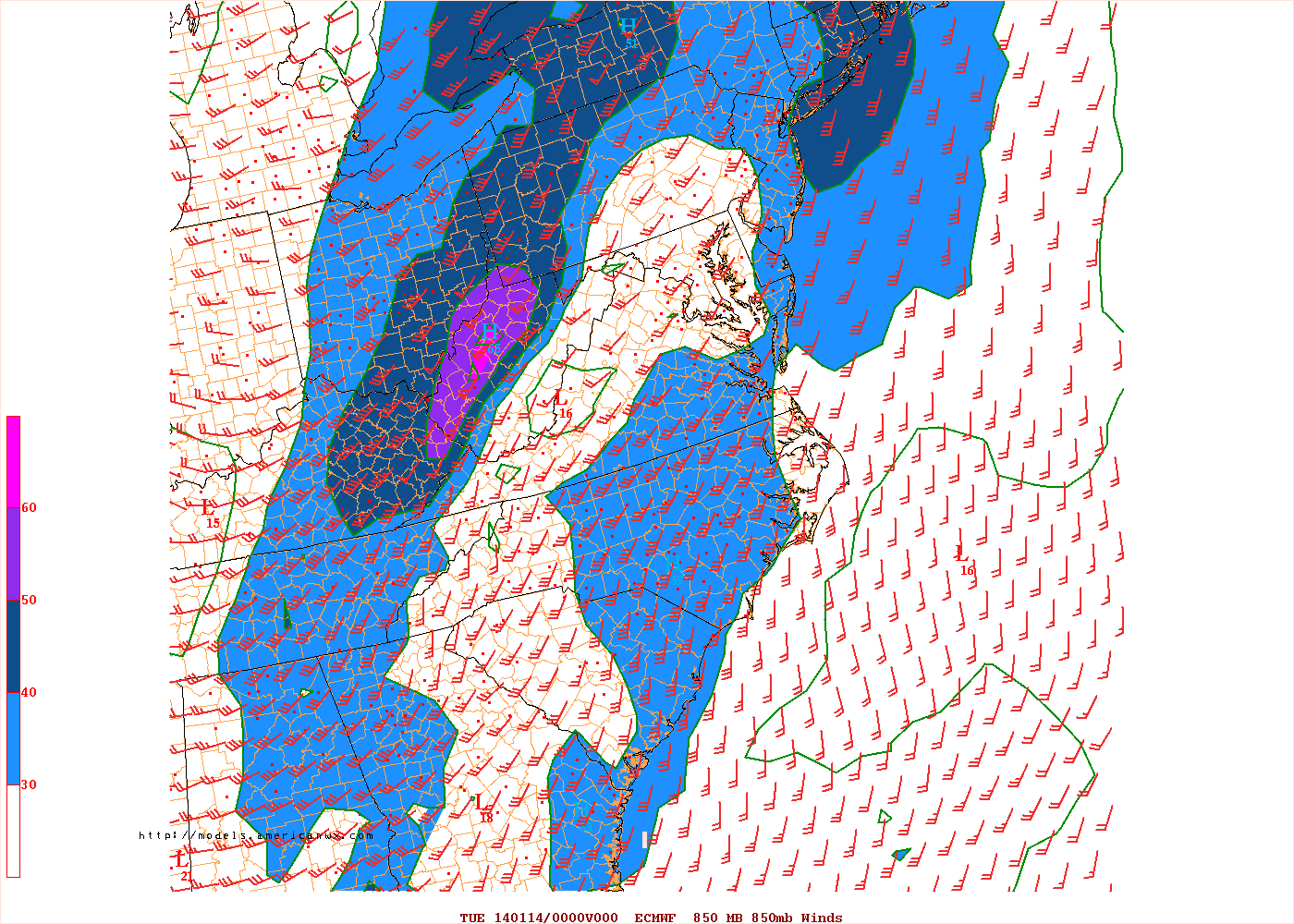 Although not visible, but heard and felt, strong wind gusts were reported during evening hours of January 10 into the overnight of January 11 along the southeastern side of Powell Valley of the
High Knob Massif in Wise County, Virginia. 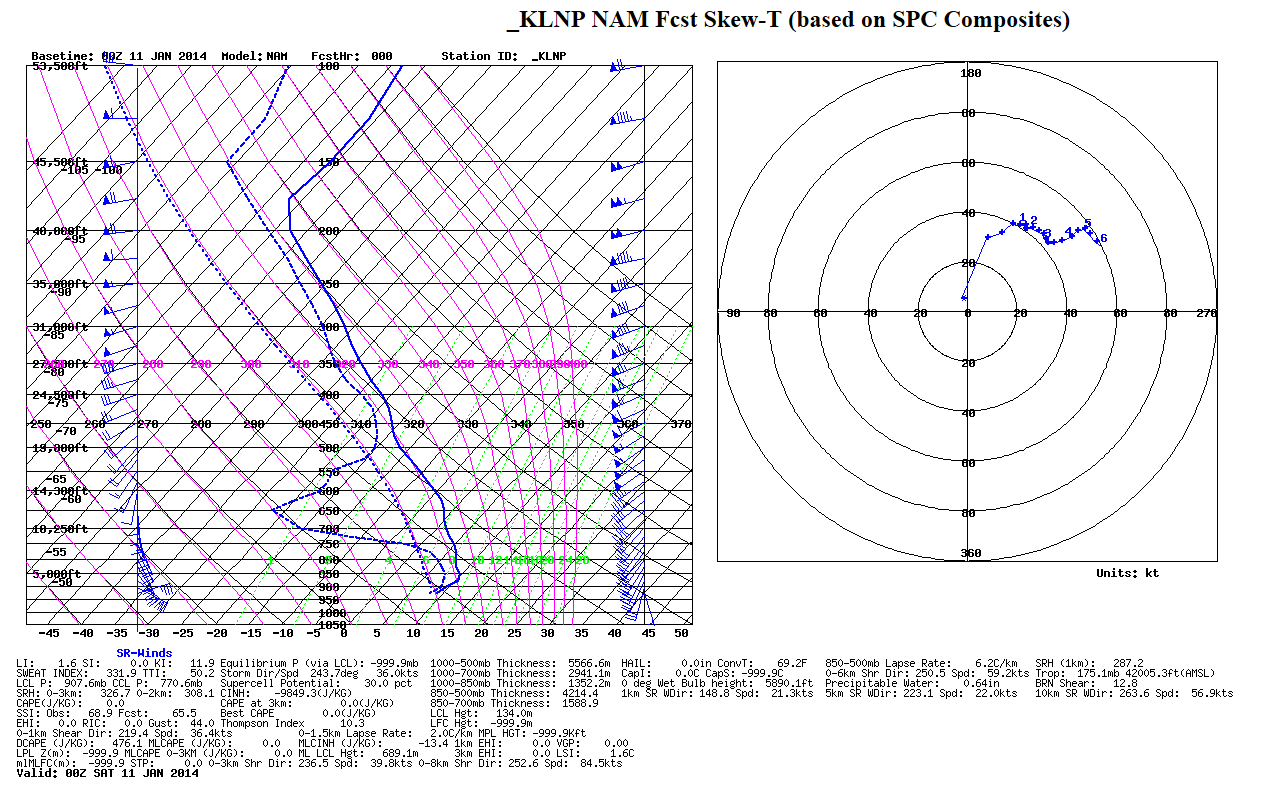 Wind gusts of 40-50 mph were measured lee of Clinch Mountain, from Southwest Virginia Community College to Tazewell, Va., as mountain wave breaking zones were activated across
the famed Mountain Empire. 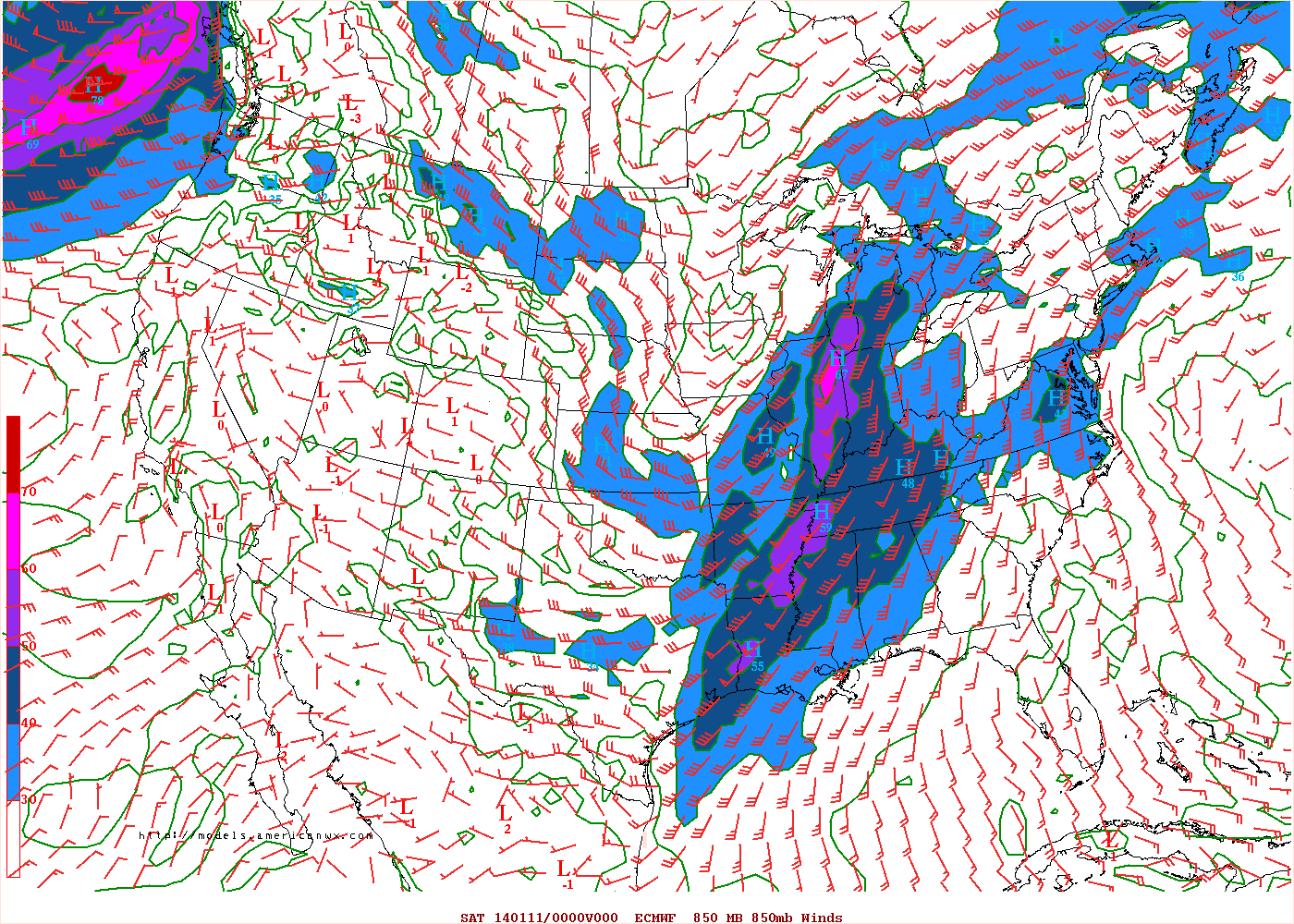 While not a classic setting, with a relatively weak stable layer aloft and marginal SSE-SSW wind trajectories, parameters were good enough to stimulate occasional wave breaking and strong gusts as a powerful low-level jet core passed west of the Appalachians to drive a positive mountain torque ( *mountain torque is positive when surface pressures at eastern slopes of the mountains are higher than on western slopes ). 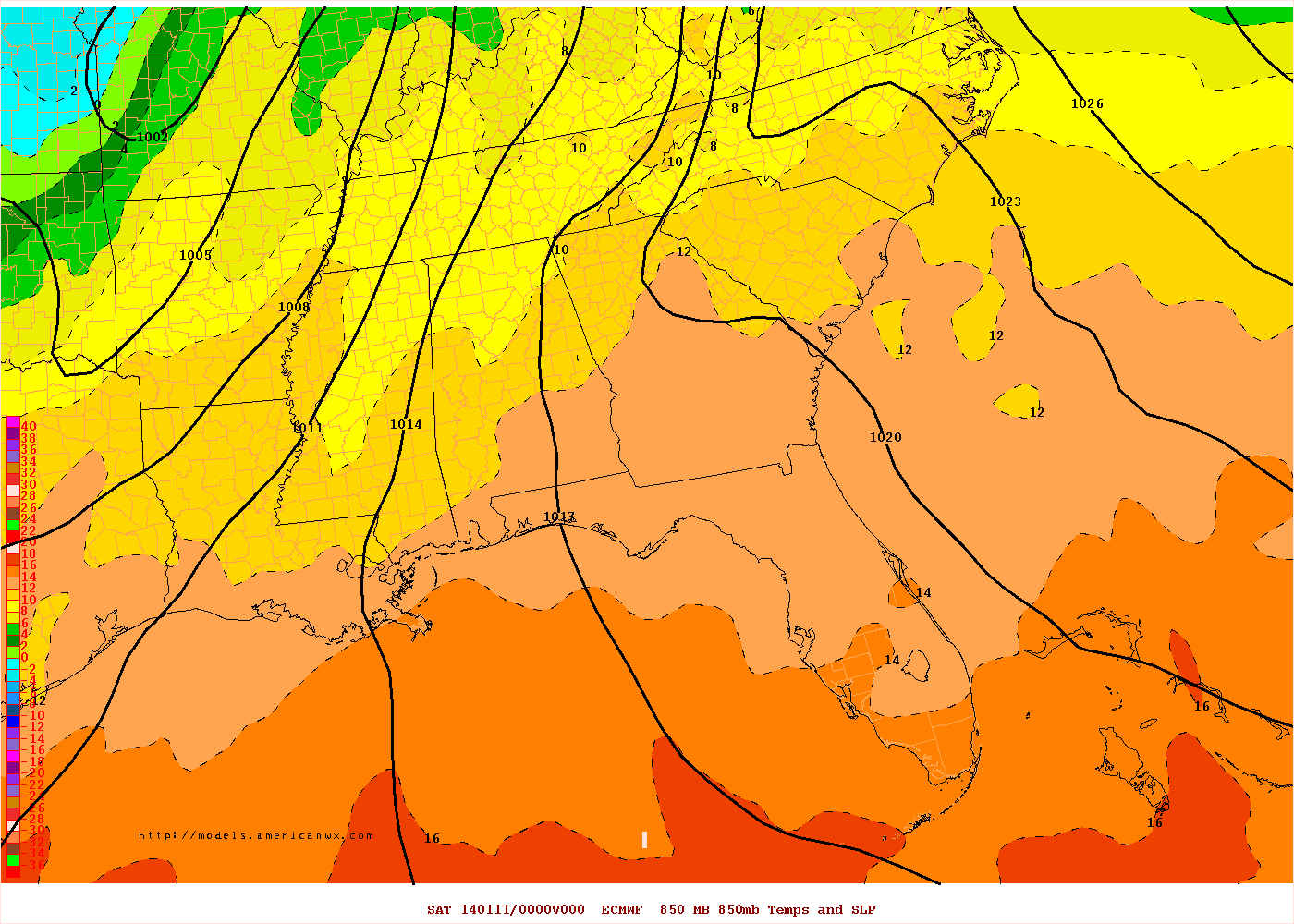 *A classic formulation of Mountain Torque can be found in Physics of Climate, by José P. Peixoto & Abraham H. Oort, where the summation ( Peast-Pwest ) is used to define mountain torque.
The only way this can be positive is if pressure on the eastern slopes is greater than on the western or windward slopes
( with respect to the Northern Hemisphere ). 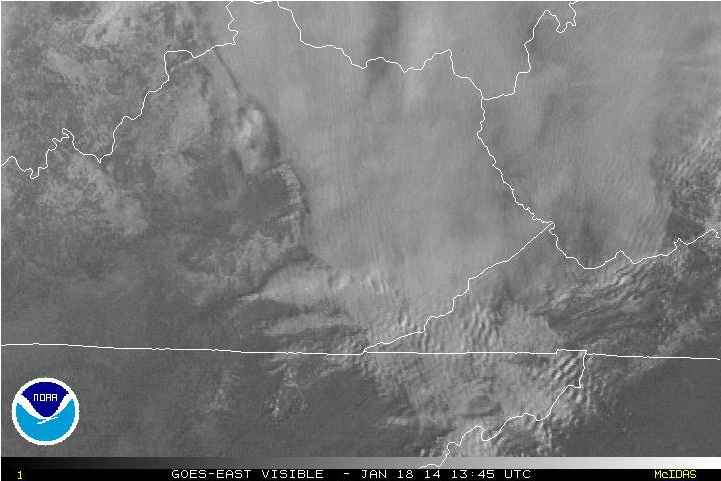 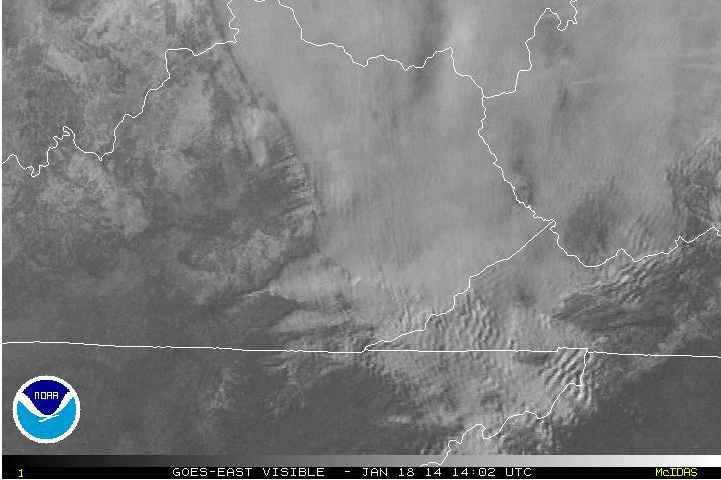 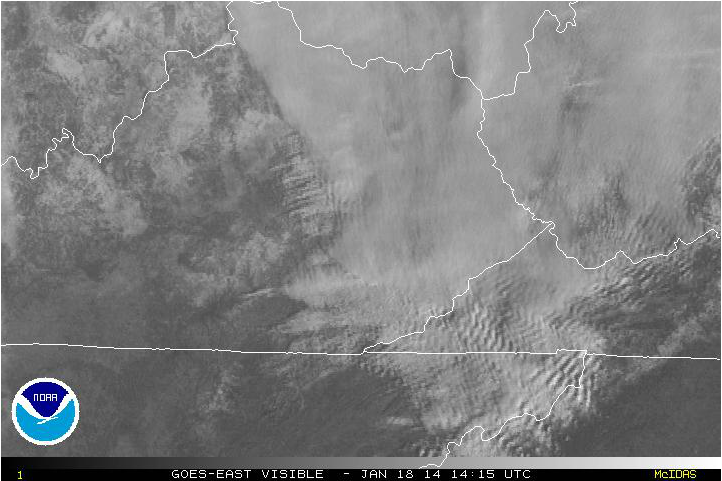 Counties Overlay For Reference
NASA Visible Image At 9:15 AM January 18, 2014 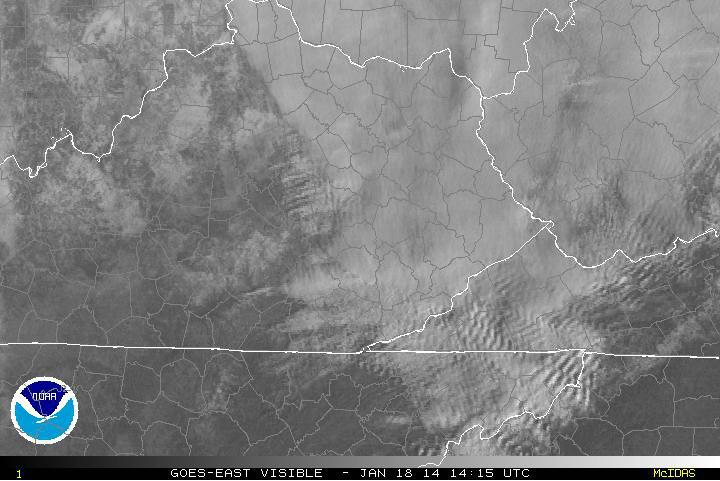 This section is under construction.  Check back for updates.
Posted by Wayne Browning at 1:09 AM